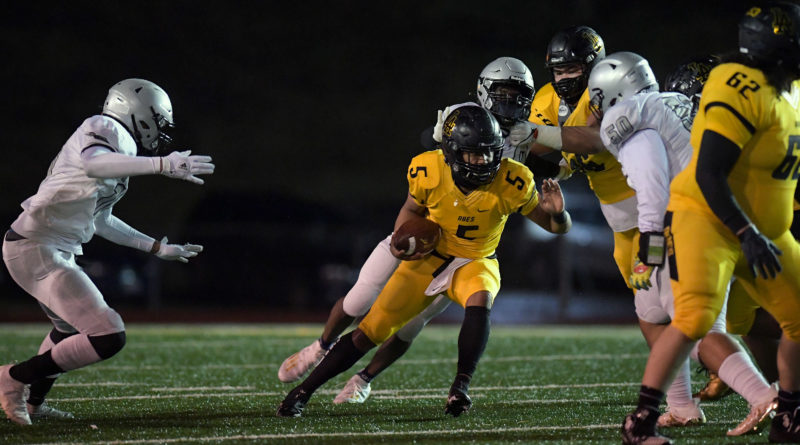 In a few weeks, many of the strongest-arm high school quarterbacks around will be competing at the region’s highest-profile summer event – the Northwest 9 (NW9) Showcase – at the Sozo Sports Complex.

After two days of workouts (Aug. 6-7), the championship finals for seniors, underclassmen (sophomores and juniors) and ninth graders will be held Aug. 8.

Brandon Huffman, one of the nation’s premier football evaluators as 247Sports.com’s national recruiting editor, handicapped breakout candidates among the 65 finalists:

FAVORITE IN CLASS OF 2022 DIVISION (30 quarterbacks)

Last September, University of Washington-bound Sam Huard, of Kennedy Catholic, came in as the heavy favorite – and left with the blue ribbon, outclassing a deep field.

This year’s class is a mixture of established standouts, projected first-year starters and newer names from Washington (16 finalists), Oregon (11) and Idaho (three).

Is there a clear-cut favorite? Huffman said the teenager at the top of his list is somebody who was a surprise top-nine finalist a year ago – Graham-Kapowsin High School’s Joshua Wood.

“He’s the best in-state quarterback in this class,” Huffman said. “And the way he performed last year given how little experience he had … now he comes back a year older, a year sharper. And the confidence is going to be there.”

The 6-foot-3, 185-pound dual-threat dynamo has two scholarships offers this summer (Eastern Washington, Idaho State), but with the way he’s performed at big-time events with Ford Sports Performance, including the Heir-FSP game in late May, that total is bound to take a big jump.

NEXT-BEST CONTENDERS IN CLASS OF 2022 DIVISION

If Wood is the favorite, Huffman thinks his biggest challengers might come from out of state in Tualatin (Ore.) High School’s Jackson Jones and Meridian (Idaho) High School’s Malakai Martinez.

Both are dual-threat standouts that are about the same size (Jones is 6-1, 190; Martinez is 6-0, 180). And both have captured MVP honors at different camps – with Jones grabbing the top spot at the University of Nevada, and Martinez getting the nod at Boise State.

Jones, a rising Team Lillard member, was part of the NW9 underclassmen field in 2020, but did not make the finals.

“He is a better Friday night player than camp player,” Huffman said. “But he had a great (junior) season … and has started an ascension in recruiting in the last few months.”

This will be Martinez’s NW9 debut. As a first-year starter last fall, he led Meridian to the 5A state playoffs, losing to Highland.

“He doesn’t have the biggest arm, but in the accuracy challenge, he should be money,” Huffman said. “He is a gamer.”

The name that jumped out to Huffman comes from a small coastal town in Oregon – Marshfield High School’s Dom Montiel.

“He is super intriguing, and is an athlete, much like Josh,” Huffman said. “He’s also a three-sport guy. … I want to see a little bit more of him. But he flashes. he really flashes.”

WHAT TO MAKE OUT OF THE UNDERCLASSMEN DIVISION (25 quarterbacks)

There is only one returning NW9 champion, and it happens to be from this division. It is Gabarri Johnson, the junior-to-be at Lincoln High School in Tacoma.

Johnson (6-0, 205) is the clear favorite to repeat – and could be the top signal caller in the event, regardless of class. He has seven NCAA Division offers, including ones from Arizona State, Arkansas, Oregon, Oregon State, Utah and Washington State.

But in his first season as the Lincoln starter last spring, Johnson was up and down – which could be expected.

“It was about him finding out football is more than just a T-shirt and shorts,” Huffman said. “To me, he is still a top-100 guy nationally.”

Who is the best bet to dethrone Johnson? Huffman likes a fellow Pierce County quarterback – Spanaway Lake High School’s Dempsy James, who has both the mobility and accuracy to score highly in a few testing events.