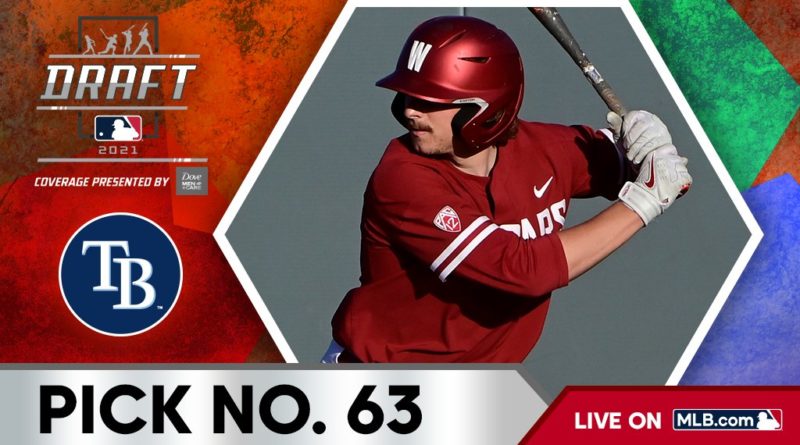 Lake City High School (Idaho) product, first baseman Kyle Manzardo became Washington State’s highest-picked position player to be selected in the MLB Draft when he was taken with the 63rd pick by the Tampa Bay Rays on Monday morning, the final slot in the second round.

The 6-foot-1, 205-pound Coeur d’Alene, Idaho native is the highest draft pick from Washington State since 1991, when Scott Hatteberg was taken at No. 43. Hatteberg, also a first baseman, went on to play 14 easons in the majors.

Manzardo is coming off of a tremendous junior season on the Palouse. He finished with an average of .365, an on base percentage of .437 and a .640 slugging percentage with 11 homers and 60 RBI. He was projected to go anywhere on the second day of the draft, but climbed the draft boards into the second round thanks to his strong fourth college season.

“… Manzardo will have to rely on his bat to lead the way, but he has an advanced feel to hit from the left side. He gets credited for a strong approach to the game and has some of the best pitch-recognition skills of the class. Manzardo hits the ball to all fields, but can pull the ball well when needed and consistently works long at-bats. In addition to his plus bat, Manzardo has above-average power out of his 6-foot-1, 195-pound frame, with the potential to hit 20 home runs in the big leagues.”