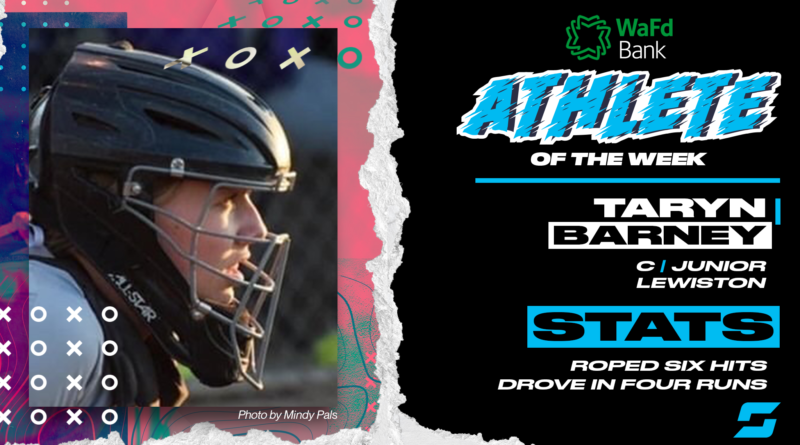 The junior roped six hits in a doubleheader sweep of Coeur d’Alene. She drove in four runs in the second game.

Barney ran away with this week’s honor, receiving 64.51% of the total vote.

Tyler Daley, Blackfoot: Daley homered, singled and drove in six runs to lead Blackfoot to a 17-0 win over Logan, Utah.

Emma Howard, Timberlake: Howard continued her hot hitting with her fourth home run of the season in Timberlake’s 14-2 win over Sandpoint. Howard finished 2-for-2 with four RBI and four runs scored.

Hailey Humpherys, Bear Lake: Humpherys picked up a complete-game victory in Bear Lake’s season-opening win 4-1 win over Firth. Humpherys did not allow an earned run in seven innings of work.

Calyn Wood, Idaho Falls: Wood went 2-for-3 with a double and three RBI to lead Idaho Falls to a 4-2 win over Blackfoot.