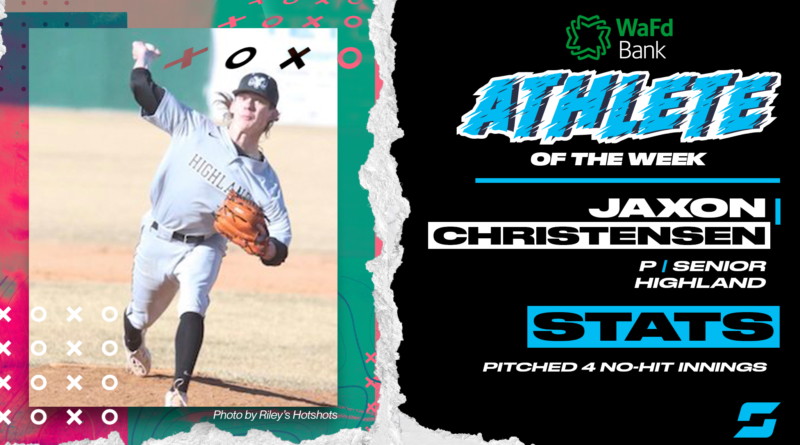 Christensen pitched four no-hit innings to lead Highland to a 9-1 win over Pocatello.

Jaxon Grimmett, Blackfoot: Grimmett pitched two scoreless innings and went 2-for-4 with two RBI to lead Blackfoot to a 9-8 win over Thunder Ridge.

Caden McCurdy, Century: McCurdy picked up a win on the mound and belted a triple at the plate in Century’s doubleheader split with Burley.

Cole Rosas, Canyon Ridge: Rosas had two triples and a double in a doubleheader sweep of Pocatello.

Caden Sampsel, CDA: Sampsel went 4-for-4 with an RBI in Coeur d’Alene’s 8-7 loss to Post Falls.

CD Sharples, Post Falls: Sharples was sharp on the mound, striking out six in 4 ⅔ innings, and even better with the bat, going 3-for-4 with the game-winning RBI in Post Falls’ 8-7 win over CDA.

Max Thielbahr, Sandpoint: Thielbahr went 2 for 4 with three RBI – all three coming on a bases-clearing double – to lift Sandpoint to a 9-8 win over Lake City.

Ayson Webb, Thunder Ridge: Webb went 2-for-4 with three RBI in a 9-8 loss to Blackfoot.