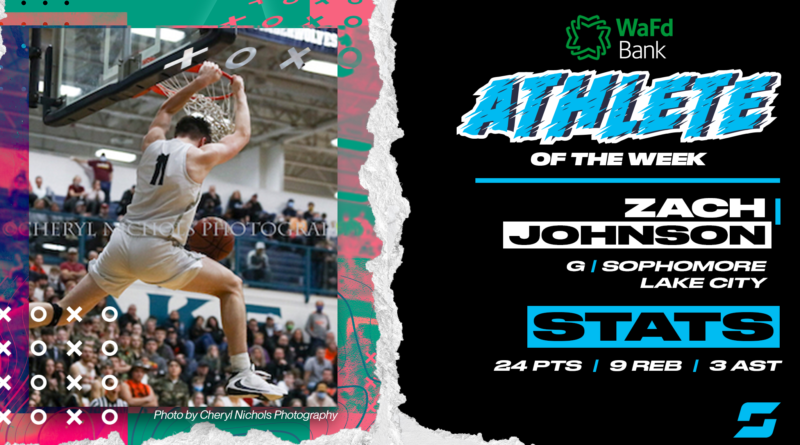 The guard set the pace with 24 points, nine rebounds and three assists in a win over Sandpoint, writes the Bonner County Daily Bee.

Brayden Stapleton, Deary: The senior guard went off for a game-high 34 points and nine rebounds in a district-round victory over Highland.

Joe Reiber, Melba: The junior guard had 28 points and 10 rebounds in a victory over Nampa Christian, writes the Idaho Press.

Mason Strong, Homedale: The sophomore point guard paced his team with 25 points points and four steals in a win over Parma, writes the Idaho Press.

Blake Thurston, Cascade: The senior had 23 points and 12 rebounds against Tai-Valley, and 27 points (including three 3-pointers) against Salmon River, both wins.

Ryan Larson, Timberline: Poured in a game-high 24 points, including the game-winning inside buckets with a few seconds to go in a victory over Kendrick, writes the Lewiston Tribune.

Russell Vander Woude, Nampa Christian: In a losing effort, the senior guard scored a team-high 24 points, including three 3-pointers, in a loss to Melba.

Titan Fleischmann, Century: The senior post player dominated the paint with his game-high 24 points in a loss to Preston.

Logan Corta, North Gem: The senior wing tallied a game-high 21 points in a win over Rockland.

Carson Johnson, Bonneville: The senior guard registered a game-high 20 points as the Bees held off Blackfoot in overtime.