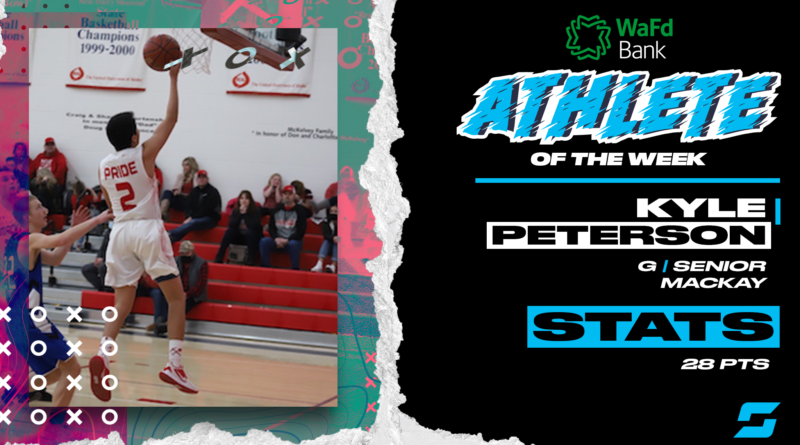 The senior scored a game-high 28 points in a district tournament win over Leadore.

Peterson received 51.6% of the vote, beating out Vallivue’s Jacob Martinez, who finished with 42.68%.

Here are the other athletes who were nominated for the week of Feb. 8-14:

Kaden Baxter, North Star: Went off for a game-high 37 points in a victory over Wilder.

Sean Austin, Kuna: The talented guard had 29 points, eight rebounds and five assists in a playoff win over Centennial, writes the Idaho Press.

Jacob Martinez, Vallivue: Totaled a team-high 17 points in an upset win over No. 1 Middleton on Senior Night.

James Bodily, North Gem: The senior wing player led all scorers with 27 points (with three 3-pointers) – his 13th outing of 20 or more points in his past 16 games – in a win over Grace.

Benny Kitchel, Moscow: Paced the Bears with 24 points, including five 3-pointers, in a loss to Lakeland, writes the Lewiston Tribune.