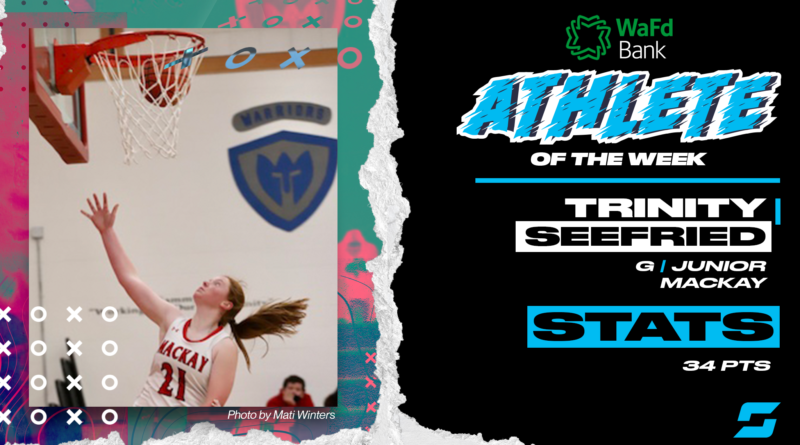 Seefried scored 34 points, including six 3s in a two-point win over Rockland, reports The Post-Register of Idaho Falls.

Seefried received 73.89% of the vote, beating out Parma’s Grace Jackson who finished second with 16.85%.

Brooklyn Rewers, Lake City: Michigan State-bound Rewers scored 23 points in a rout of Moscow, and 28 points in a win over Lakeland, reports The Coeur d’Alene Press.

Grace Gwin, North Idaho Christian: Notched 21 points, seven board and five steals in an overtime loss in Montana, then another stat-stuffing line of 21 points, eight boards and six assists in a win over Stillwater Christian, reports The Coeur d’Alene Press.

Maggie Milles, Columbia: Logged a double-double with 12 points and 13 boards in a big win over Ridgevue, reports The Idaho Press.

Grace Jackson, Parma: Scored 24 points, pulled down 11 boards and five steals in a win over Homedale, reports The Idaho Press.

Naya Ojukwu, Mountain View: The junior wing exploded for a game-high 35 points on 17-of-21 shooting with eight rebounds in a win over Kuna, writes the Idaho Press.

Mattie Olson, Skyline: Despite a bum ankle, she tallied a team-high 20 points in a win over Blackfoot, writes the Post-Register.

Esperanza Vergara, Blackfoot: The guard scored a game-high 21 points – 13 coming in the third quarter – in a loss to Syline, writes the Post-Register.