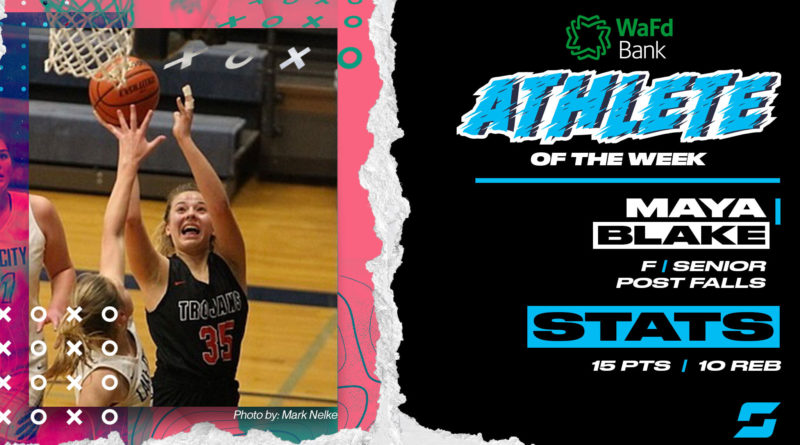 Blake scored 15 points, grabbed 10 boards and hit a key 3 down the stretch in a win over Lake City, reports The Coeur d’Alene Press.

Amari Whiting, Burley: The sophomore point guard scored 20 points in a win over Mountain Home, and had 19 points and 14 rebounds in a victory over Minico.

Ella Fischer, Filer: The senior wing tallied a season-high 26 points on 11-of-19 shooting with 12 steals and seven rebounds in a win over Buhl.

Aly Cox, Timberline: Notched a double-double with 17 points and 11 boards in a blowout win over Kuna, reports The Idaho Press.

Kendall Clark, Melba: Pulled down 18 rebounds and added 14 points in a win over Tri-Valley, reports The Idaho Press.