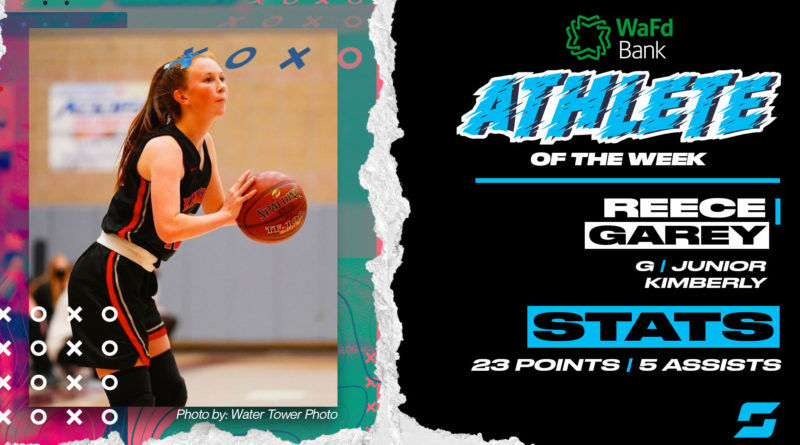 Garey scored 23 points and had 5 assists against 4A Canyon Ridge High School.

We are currently accepting WaFd Bank Athlete of the Week nominations for the week of Dec. 21-27. If you would like to nominate an athlete, please email regan@scorebooklive.com or tag us on Twitter or Instagram at @sbliveid.

Here are the previous WaFd Bank Girls Basketball Player of the Week winers:

And here are the other athletes who were nominated for Dec. 14-20:

Amari Whiting, Burley: The sophomore guard totaled 30 points (her third 30-point game of the year), 13 rebounds and five steals in a win over Twin Falls.

Kadance Schilling, Clearwater Valley: The junior guard did it all in a win over Troy – 22 points, 10 rebounds, seven steals and six assists.

Tara Schlader, Prairie-Cottonwood: Pulled down 17 rebounds and nabbed seven steals in a win over Potlach, reports The Moscow-Pullman Daily News. Oh, and she scored six points.