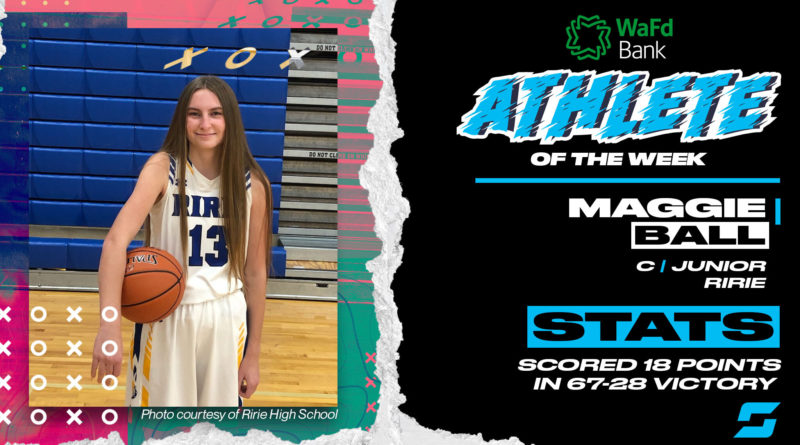 Ball received 64.86% of the vote, beating out Melba’s Kate Clark who finished second with 16.22%. Skyline’s Mattie Olson and Preston’s Kylie Larsen tied for third with 5.41%.

We are currently accepting WaFd Bank Athlete of the Week nominations for the week of Nov. 30-Dec. 6. If you would like to nominate an athlete, please email regan@scorebooklive.com or tag us on Twitter or Instagram at @sbliveid.

And here are the other athletes who were nominated for Nov. 23-29:

Mattie Olson, Skyline: The junior guard tallied a game-high 23 points in a victory over Idaho Falls.

Zoie Armstrong, Marsh Valley: The senior forward had 19 points, five assists and four steals in a win over Bear Lake, and 19 points, nine steals and seven assists in a victory over Pocatello.

Kylie Larsen, Preston: The senior post player had 29 points, 12 rebounds and five blocked shots in a loss to Sugar-Salem.

Alex Roe, Gooding: The junior forward had 17 points and 14 rebounds in a win over Shoshone.

Amari Whiting, Burley: The sophomore guard had 28 points, nine rebounds and eight steals in a win over Canyon Ridge.

Kate Clark, Melba: The recent NNU signee poured in a game-high 26 points in a victory over Weiser.