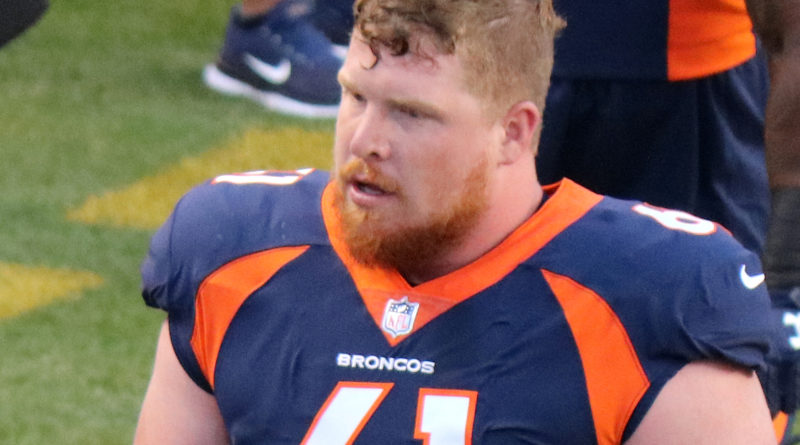 The NBA Finals wrapped up in Florida in October. The World Series concluded in Texas a month ago. And the NFL is reaching the stretch run of the 2020 season.

Which is a good time to ask a question – who are the five best athletes with Idaho high-school ties to ever win a major professional world team championship (NBA, NFL, MLB)?

The criteria for the rankings are a combination of what the player did in high school, college and during his professional career leading up to winning a title (or titles):

Skinny: A Montana native, Kramer is one of the two prep products from Idaho to be inducted into the NFL Hall of Fame (2018). He was a two-sport standout with the Vandals (football, track), and spent his entire 11-year NFL career with the Packers (drafted by them in the fourth round of the 1958 NFL Draft). Under legendary Vince Lombardi, Kramer was one of the all-time great pulling guards on sweep runs, and was named a five-time All-Pro offensive lineman during his career (he was also a part-time placekicker). He was also part of the first two Super Bowl-winning squads (1966-68).

Skinny: One of 10 children who grew up on a farm just outside Boise, Law signed a professional baseball contract right out of high school with the Pittsburgh Pirates largely on the endorsement of a famous celebrity – actor Bing Crosby. Interrupted by a stint in the Korean War, Law had two extended runs with the Pirates. None were more memorable than the 1960 season in which he won 20 games (and had 18 complete games) with a 3.08 ERA – and won the NL Cy Young Award. And in the World Series, he won two of his three starts against the New York Yankees, leading the Pirates to the MLB championship.

Skinny: A three-sport standout at Moscow, Riesenberg’s best sport arguably as a teenager was track and field. He was an All-American discus thrower who competed in many high-profile meets. But his love for football led him to Cal – and a position switch from defensive end to offensive lineman as a senior eventually led him to the NFL. A sixth-round pick by the New York Giants in 1987, he took over at right tackle after incumbent Karl Nelson was diagnosed with Hodgkin’s disease. That Giants’ offensive line, led by Pro Bowlers Bart Oates and Williams Roberts, was the team’s strength during the Super Bowl run in defeating Buffalo. Riesenberg would go on to make 132 starts during his 10-year NFL career.

Skinny: Very few teenagers came out of the high-school ranks in Idaho with Morris’ accolades. He was a two-time all-state fullback who was named a USA Today honorable mention All-American before heading off to BYU. There, the “Freight Train” grew into becoming one of college football’s most dominant middle linebackers. The Colts picked him late in the first round of the 2000 NFL Draft – and he was a starter on defense for four seasons (2001-2005), posting a career-high 114 tackles in 2001. But before the Super Bowl season in 2006, Morris was named a reserve behind Gilbert Gardner. Late in the regular season, Morris replaced the struggling Gardner in the starting lineup – and was a solid contributor in all four postseason games, including the Super Bowl win over Chicago.

Skinny: It’s not often you see linemen from eight-man football in high school eventually earn their way to the NFL. Paradis did, and continues to enjoy professional football even today as a center with the Carolina Panthers. He led Council to a 1A state title in 2006 – and was the classification’s state player of the year as a senior. But that did not draw a lot of D1 recruiting attention, so he walked on at Boise State – and ended his college career with 26 consecutive starts. By the time the 2014 NFL Draft sixth-rounder was in his second season, he was a starter in Denver – and allowed just one sack and was called for just two penalties during the run to a Super Bowl triumph over Carolina.