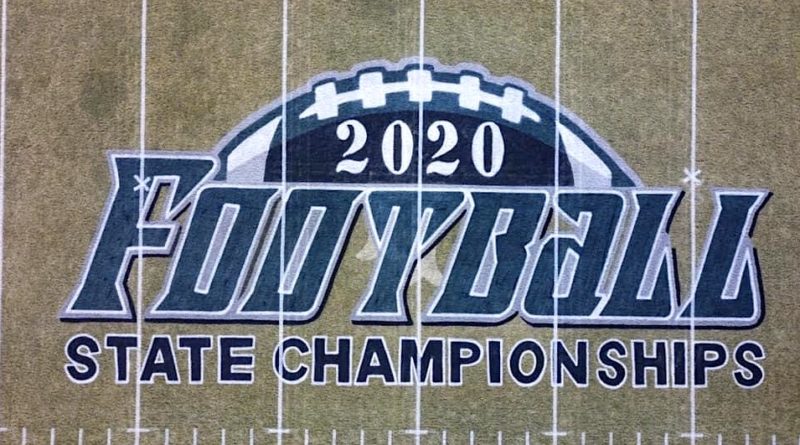 The Dietrich High School Blue Devils were tired to hearing how, year in and year out, they could not get past the big hurdles in their season.

None bigger than 1A Sawtooth rival and eight-man football powerhouse Carey High School.

Well, that script changed in a big way on this chilly Saturday afternoon as the second-ranked Blue Devils stormed back from a two-touchdown deficit in the second half to upend the No. 1 Panthers, 34-28, for the 1A Div. 2 title at Twin Falls High School.

Overcoming five turnovers, Dietrich scored 28 unanswered points in the second half to wipe out a 22-6 deficit. Quarterback Brady Power threw for 260 yards and three touchdown passes, and added another 107 rushing yards and a score to fuel the Blue Devils’ rally toward the school’s first state title since 1952.

“Let’s be honest, (Carey) is the standard for football with a great coach (Lane Kirkland), great kids and they just know how to get it done,” Dietrich coach Rick Astle said. “Our program is growing in the right direction, and this senior group led us the whole way.”

This game could have gotten out of hand late in the first half. Up 22-6, Carey had two inside-the-Dietrich-10-yard-line opportunities in the final six minutes, but were stonewalled by the Blue Devils’ defense.

“I take personal pride in that because I am a defensive coach, and I told them, ‘They can get a little, you can give a little – but don’t break,'” Astle said. “If we did not get those two stops, we were in big trouble.”

And after Dietrich opened the second half by marching 75 yards for a touchdown, capped by Power’s 1-yard sneak on fourth and goal, suddenly this game tightened up quickly – 22-14 – at the 8:13 mark of the third quarter.

The high-powered Carey offense, led by quarterback Hunter Smith (three touchdown runs, one touchdown pass), could not find traction in the second half.

Dietrich cut it to 22-20 on Power’s 23-yard touchdown strike to Cody Power with four minutes remaining in the third quarter.

Perhaps the play of the game – and the season for Dietrich – came a few minutes later when Smith snuffed out a fake-punt attempt by intercepting Payten Sneddon’s pass.

But on first and goal from the Blue Devils’ 9, a swarm of Dietrich defenders blitzed up the middle and forced a Smith fumble, recovering it for a turnover.

The Blue Devils went 90 yards in the next four minutes to grab their first lead – 28-22 – on Brady Power’s 21-yard jump-ball pass to Jett Shaw in the end zone with 8:31 remaining.

Carey went three-and-out deep in its own end on its next series, and Power converted a third and 11 with a 22-yard scramble down to the Panthers’ 10.

“My quarterback, he is high caliber,” Astle said. “He obviously deserves the to be the player of the year in the state in our division. He is calm, cool and collected. The early turnovers did not rattle him.”

Smith scored on a 1-yard plunge late, but Bo Hendrix recovered the onside kick for Dietrich with 1:18 remaining.