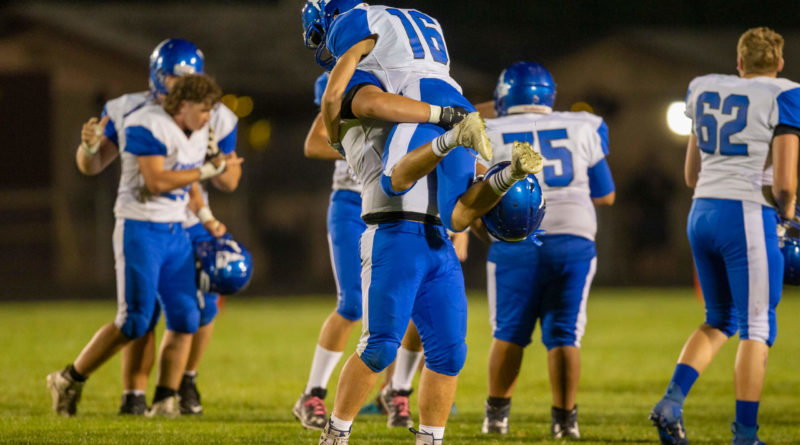 Here is an inside look at the top high school football games across the state of Idaho for the IHSAA state semifinals (Nov. 13):

5A Semifinals – (5A playoff bracket)

Last state playoff meeting: Rocky Mountain cruised to a 42-14 win in the 2018 semifinals.

About the Vikings: A state semifinalist for the fourth consecutive year, Coeur d’Alene enters Friday with Class 5A’s top scoring offense at 48.6 points per game. The Vikings, who have yet to play a close game this season, routed Timberline 56-7 in last week’s quarterfinals behind four touchdown passes from star quarterback Jack Prka.

About the Grizzlies: Rocky Mountain scored 22 points off four takeaways in a 29-13 quarterfinal victory over Highland. The explosive Grizzlies are in the semifinals for the eighth consecutive season and have two state titles during that span: 2015 and 2018.

About the Mavericks: Mountain View is on a five-game win streak after opening the season with losses to Rocky Mountain, Eagle and Meridian. Jake Farris is a seasoned quarterback and Quintez Evans ran for more than 100 yards and two touchdowns in the Mavericks’ 21-14 quarterfinal win over Capital.

About the Trojans: Quarterback Tiger Adolpho accounted for three touchdowns (two passing, one rushing) as the Trojans edged Eagle 35-28 in the quarterfinals. Rigby, the defending state champion, has won 19 games in a row dating to last season.

4A Semifinals – (4A playoff bracket)

About the Diamondbacks: Century has a balanced offense that is averaging 159.6 yards rushing and 218.3 passing per game. McKean Romriell is 153 of 233 (66 percent) passing for 2,183 yards with 24 touchdowns against seven interceptions. Myles Gifford leads 4A with eight interceptions.

About the Huskies: Emmett’s dream season continued last week as the Huskies downed Blackfoot, 28-27, on a safety with about a minute remaining. It was the sixth consecutive victory for the Huskies, who are making their first appearance in the 4A semifinals. Emmett reached the 3A semis in 2015 en route to its first state title.

3A Semifinals – (3A playoff bracket)

About the Diggers: In a contrast of styles, the two-time defending champions allow a 3A-low 12.8 points per game. The Diggers were dominant in last week’s 34-8 victory over Weiser, outgaining the Wolverines 393-192. Seven Sugar-Salem players have more than 100 yards rushing this season, including quarterback Kyzon Garner.

2A Semifinals – (2A playoff bracket)

Last state playoff meeting: Declo got the best of West Side in the 2018 semifinals, rolling to a 61-28 win.

About the Hornets: After winning consecutive state titles in 2017-18, Declo made it back to the semifinals with a dominant 50-14 performance last week against Melba. Senior Gabe Matthews has run for 1,778 yards and 25 touchdowns this season and passed for 536 yards and six scores.

About the Pirates: Unbeaten West Side has won 19 consecutive games dating to last fall. The Pirates, who defeated Grangeville 28-7 in the quarterfinals, want to run the ball and lean on their defense, which surrenders a 2A-best 6.1 points per game.