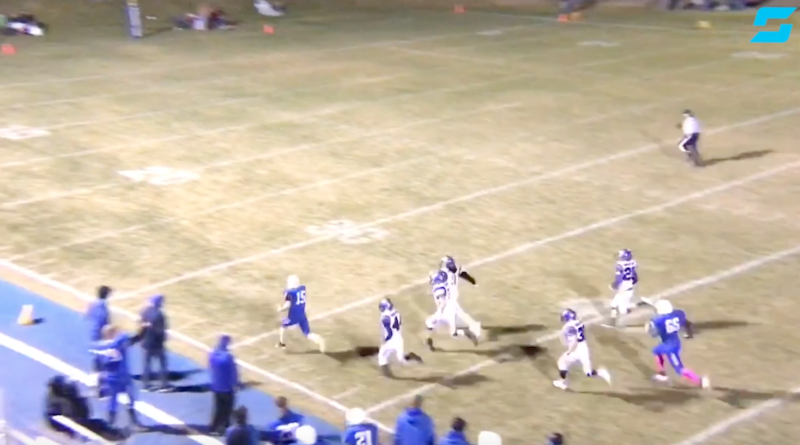 Week 9 of the Idaho high school football season brought lots of great highlights. We’ve scoured all classifications across the state of Idaho to compile five plays that caught our attention.

If we missed a great play please tag us on Twitter or Instagram @sbliveid, and don’t forget to send us or tag us on your highlights on game night!

Nose guard Ricky Soliai capped a special senior night with a one-yard touchdown run in a 28-20 win over Madison.

With a league title on the line, No. 2 Kimberly (3A) quarterback Heath Owens’ 65-yard touchdown pass to Brett Bronson tied it up at 28-28 midway through the fourth quarter. (READ MORE)

Sam game as the previous play. Here’s how the No. 2 versus No. 3 matchup finished: Coach Cameron Andersen’s overtime decision to go for the two-point conversion – and victory – paid off Friday as quarterback Kurtis Adkinson rumbled in with the game-winning run for the No. 3 Senators, who won their eighth 3A Sawtooth Central Idaho title in the past 10 years. (READ MORE)

American Falls beat Marsh Valley on a 2-point conversion stand to clinch a league title. Tanner Hansen made the tackle on a corner blitz.

Young’s pass to Lockett was a big part of Saturday’s 21-17 win over Vallivue. Emmett’s triumphant, emotional game on Saturday was a culmination of a season that has proved many wrong. (READ MORE)

Preston’s running back provided the big highlight in a 21-7 win over Snake River.

Past top plays of the week: