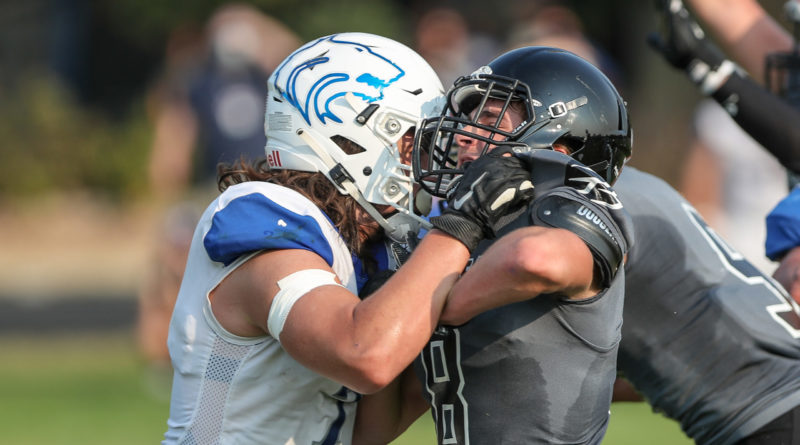 Here is an inside look at the top high school football games across the state of Idaho in Week 9 (Oct. 23):

Game nugget: The past two times these schools have met with undefeated records, it was the second game of the season in 2016 and 2017 (Grizzlies won both contests). But the last time they played when both schools were unbeaten with four or more wins apiece – it was 2013. The Eagles won 42-26.

About the Eagles: It looks like it will be QB Avery Downey (223 passing yards, three TDs; three rushing scores) the rest of the way for the Capital offense that lost starter Max Clark (collarbone). Downey has a lot of the same dual-threat traits as Clark. But with that noted, the Eagles dialed back their passing game a little bit in the junior’s first start last week against Borah. He did rally the team to a comeback victory with two late scores.

Game nugget: Officially, Coeur d’Alene is on a 13-game league winning streak. Throw in the earlier “non-league” victories, the Vikings have won 15 consecutive games against 5A Inland Empire opponents, including earlier this month against this same opponent (48-7 win).

About the Vikings: As if the craziness of playing league opponents twice (one counting, one not) wasn’t enough, both teams will be facing a new element come Friday – snow. And that might accentuate Coeur d’Alene’s biggest advantage on both lines – especially on defense, led by DE Cameron Cope (6.5 sacks). QB Jack Prka (1,713 passing yards, 22 TDs, two INTs; seven rushing scores) is putting together an all-state MVP type season.

About the Trojans: With a playoff berth clinched, could Post Falls do more free-wheeling this week in going for the No. 1 seed? Nobody would blame the Trojans, but coach Blaine Bennett also might want to see first-year QB Jaxon Anderson (1,295 passing yards, 11 TDs; 261 rushing yards) continue to refine his efficiency running this offense. WR Tommy Houser (48 catches, 613 yards, seven total TDs) has to be ready for all types of coverage.

Game nugget: Last season, Kuna captured its first 4A SIC championship in school history. Emmett can do the same thing Friday night if it can win on the road against the Falcons – a place it last won at in 2016 (37-26).

About the Huskies: What a moment for this group, which was one of the worst teams in the 4A SIC a few years ago. It will be interesting to see if Emmett can turn this into a track meet-type scoring game against a limited-in-depth Vallivue. QB Caden Young (1,320 passing yards, 15 TDs; 851 rushing yards, 10 TDs) and RB Westyn Smith (1,253 rushing yards, 14 TDs) will likely push the action when they can.

About the Falcons: Now out of the 4A SIC race, they can help the championship pursuit of the team that beat team last week – Bishop Kelly. – with a win Friday night. The best way to do that is keep this a low-scoring outcome. QB Casey Cope (1,259 passing yards, 17 TDs) will need to direct the ball-control attack, but pick good spots for splash plays downfield, especially to speedy WR Lincoln Marler.

About the Grizzlies: Fruitland’s Wing-T offense is churning out 366.8 rushing yards per game this season – and does it largely behind experienced RT Weston Jeffries and RG Greg Gissell, both three-year starters. They pave the way for a host of running backs, led by RB Jacob Walker (529 rushing yards, 11 TDs). And QB Luke Barinaga (282 rushing yards, eight TDs) does a masterful job knowing when to call his own number.

About the Trojans: They’ve found a blueprint that has worked the past two season – two 3A Snake River Valley titles, a pair of state championship game appearances. And as effective as RB Hayden Kincheloe (838 yards, 11 TDs) has been, coach Matt Holtry likes featuring the air attack – and sophomore QB Jaxon Dines (589 passing yards, seven TDs; 425 rushing yards, six TDs) has proven he deserves a longer look to push it downfield.

Game nugget: Coincidentally, after taking over their respective programs, both Kimberly coach Rich Bishop (2016) and Gooding coach Cameron Anderson (2013) led their teams to the 3A semifinals in their fourth season.

About the Bulldogs: You like warp-like breakaway speed? This Kimberly team has it, especially on the perimeter with WRs Brett Bronson (36 catches, 616 yards, 12 total TDs) and Gatlin Bair (15 catches, 306 yards, four TDs), a ninth grader. Bronson is the shifty runner; Bair the long strider. Both are utilized all over the formation, and give economical QB Heath Owens (1,391 passing yards, 20 TDs) dynamic targets.

About the Senators: In recent years, Gooding’s offense was a splitting image of this week’s opponent. But coach Cameron Andersen had adjusted to his bulkier personnel in being more of a ball-control attack, led by do-everything QB Kurtis Adkinson (1,836 passing yards, 13 TDs; 1,290 rushing yards, 17 TDs) and one of the biggest offensive lines in the state. DE Preston Thiemann (15 TFL, seven sacks) will need to be presence off the edge.