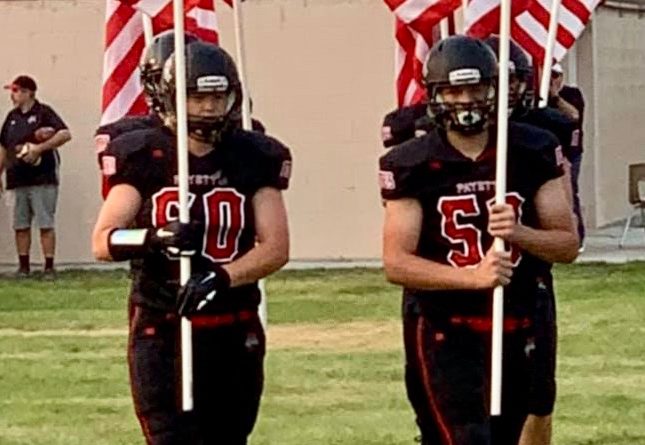 There was a time Friday night when all Kip Crofts wanted to do was fall to the ground.

Martin Ceballos had just kicked a game-winning 40-yard field goal on the final play of Payette’s 31-28 victory over Parma, giving the Pirates their first Snake River Valley Conference victory since 2014.

Crofts is the fifth-year coach at Payette High School – a man who has enjoyed the top-of-the-mountain view as both a head coach and an assistant. He won a 5A title with Meridian in 2007 and he was part of Bishop Kelly’s coaching staff when the Knights won three 4A titles in a row from 2013-15.

And yet, this September victory was something he called a “top-five moment in 32 years of coaching.”

You’d have to understand where Payette has come from – the depths of utter despair.

Now, the Pirates are off to a 3-1 start – their best mark in nearly a decade.

But the Pirates have long been one of the faces of football futility in Idaho. That includes an 80-game losing streak, which drew national attention from the “Paul Harvey Show” in 1992 when it ended.

And in the past few years, Payette has further fallen on hard times. In 2015, the Pirates went 0-8 – with lopsided losses to Fruitland (59-0), Emmett (63-0) and Homedale (50-0). Then-first-year coach Carl Keever had seen enough, and resigned five months into the job.

At the time, Crofts had settled into a new life as a low-key assistant coach at Bishop Kelly as the junior-varsity defensive coordinator. His priorities were with his family – and watching plenty of softball games his daughter, McKena, played in.

But Crofts had heard about how Keever resigned his position – on social media.

“It was so wrong,” Crofts said. “That night, I asked my wife, ‘What do you think about me applying for the Payette job?’ She said if that is how I felt, go for it.”

Just to be sure, Crofts drove 35 miles from Middleton where he lived to the high school – and parked his car. He stared at the football field.

“They had some pretty lean years … but I got this rush, and it felt like instantly where I wanted to go,” Crofts said.

The rebuilding effort has hit its speed bumps – particularly in 2018 when roster numbers dwindled so low, the Pirates forfeited the second half of their season.

Playing a lot of ninth graders and sophomores, Payette went 1-8 last season. But Crofts noticed something encouraging – his young players kept a positive outlook on the process, and stuck with the team.

“They told me they would be back,” Crofts said. “We knew there would be hope at the end of this.”

Crofts said his players had their best summer getting acclimated to a switch in offensive schemes – from the option to the spread. The emergence of quarterback Abe Rodriguez greatly helped in the transition, and the team picked up Kuna transfer Zander Allen, a big-play wide receiver.

But Payette had to overcome one more hurdle this summer – two weeks of COVID-19 quarantine, which shut down all football activities right before the start of the season.

“That hit us like a ton of bricks,” Crofts said.

The late-summer inactivity showed in Payette’s season-opening loss to New Plymouth. But the Pirates have rebounded with wins over Marsing, Wendell and Parma.

“Aside from being better players, we are better men – we are always on task,” Deaseleer said. “And the town has more than enough supported us.”

Payette still has difficult games ahead, but a playoff berth is certainly attainable.

“Right now, these kids … just refuse to quit,” Crofts said. “That hasn’t always been the case at Payette. If something had gone against them in the past, their heads would go down. But that hasn’t happened this year. They’ve found a way to battle back through adversity.”