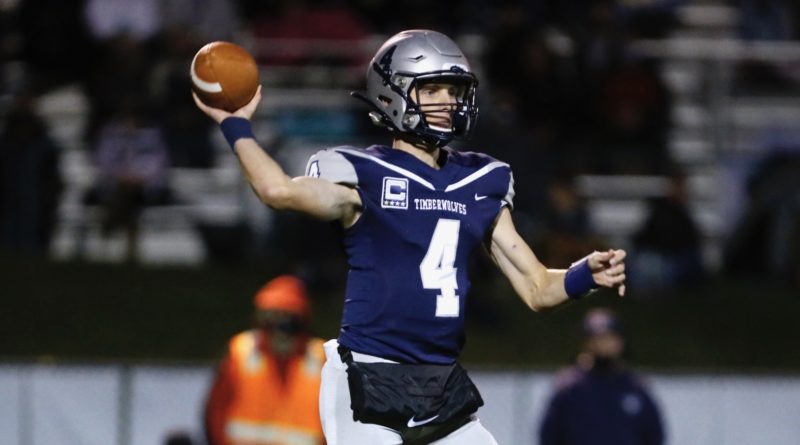 Week 5 of the Idaho high school football season brought lots of great highlights. We’ve scoured all classifications across the state of Idaho to compile five plays that caught our attention.

If we missed a great play please tag us on Twitter or Instagram @sbliveid, and don’t forget to send us or tag us on your highlights on game night!

TOP 5 PLAYS OF THE WEEK

On the second play from scrimmage, Prka hit an open Garitone, who beat the DB down the sidelines in a foot race for a touchdown. Coeur d’Alene beat Lake City 40-13.

When Caden Young’s 72-yard touchdown strike to Jackson Maxwell brought No. 1 Emmett (4A) within one with 41 seconds remaining, the Huskies opted to go for the win. That’s when Nampa stuffed them to seal the upset. (READ MORE)

After Coeur d’Alene scored first on a long touchdown pass, Lake City struck right back. Chris Irvin roll out to the right and hit Zach Johnson under pressure, who cut to create an opening, which he took for an 83-yard TD.

The longest of the Knights’ bellwether running back’s three touchdowns in a 30-14 win over Shelley (19 second mark).

Isaac Mickelsen took a handoff from senior quarterback Cade Marlow 49 yards for a touchdown, surrounded by players on both teams rooting on his endzone trip as the crowd erupted in cheers. Mickelsen is in a wheelchair as a result of living with Spina Bifida. (READ MORE)