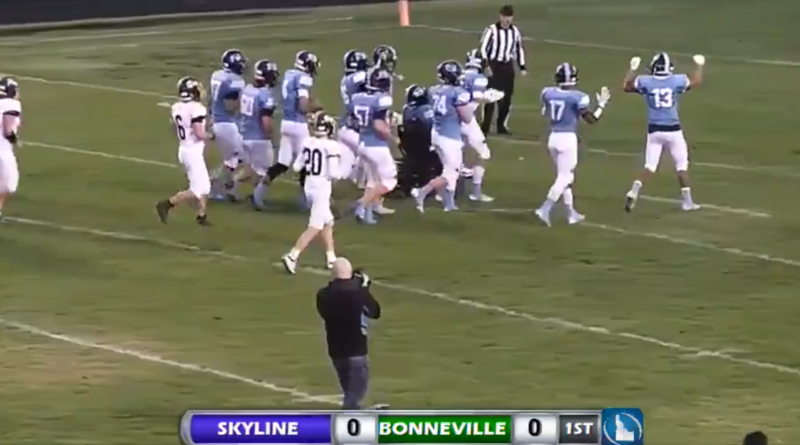 Perhaps the highlight of the week — maybe even the season — came in the opening play of Skyline’s shutout win over Bonneville at home on Friday.

Isaac Mickelsen took a handoff from senior quarterback Cade Marlow 49 yards for a touchdown, surrounded by players on both teams rooting on his endzone trip as the crowd erupted in cheers.

Mickelsen, who is in a motorized wheelchair, lives with spina bifida, a condition that can cause physical and intellectual disabilities due to impact on the spine before birth.

Reactions poured in on social media after the clip was shared, praising both the efforts of Mickelsen and the collective teamwork of staff from both schools to make the play happen.

Here are some reactions: