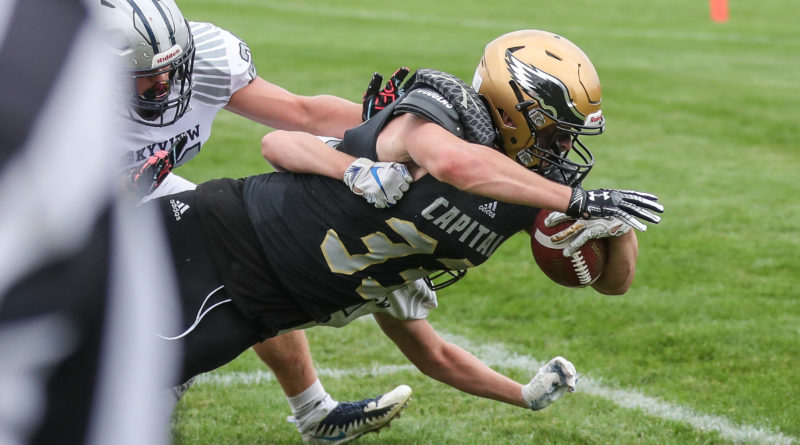 Each week, SBLive ranks the top 10 teams across the state of Idaho regardless of classification. Only six of the 10 teams played this week. Here’s a look at how those teams — the SBLive Power 10 — fared in games played in Week 5 of the high school football season. (Lead photo by Loren Orr)

5 GAMES YOU SHOULD NOT HAVE MISSED IN WEEK 5
BEST PERFORMANCES, STARS OF WEEK 5

After a bye, the Vikings cleared their first 5A opponent in a lightning-delayed 40-13 handling. QB Jack Prka accounted for five touchdowns.

A week to rest and recoup is a nice reward coming off of a narrow win over Eagle in Week 4.

Pulled away from Madison in the second half thanks to two touchdown passes from quarterback Jack Whitmer.

Several pieces of the high-octane Rigby offense are sidelined with injuries. That hasn’t slowed the Trojans one bit.

The Mustangs have an extra week to prepare for undefeated Meridian.

The defending 3A state champs have a week off after a stretch of nail-biters.

The Eagles played like it had been prepping all season long for Friday night. In a way, it had, thrashing Skyview as the last 5A team in the state to make its 2020 debut. (GAME STORY / PHOTO GALLERY)

Game against Lakeland was cancelled due to COVID-19 concerns, reports The Spokesman-Review.

Nampa outlasted the No. 1 team in 4A, making it the third consecutive week the top-ranked 4A team falls. (READ MORE)