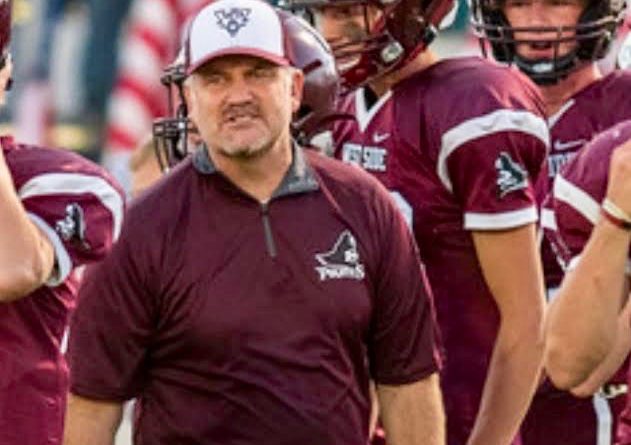 For an old quarterback, Tyler Brown certainly has carved out a distinguished 25-year career as an Idaho high school football defensive coordinator.

Brown is the brains behind the brawny defense at West Side High School, the reigning Class 2A champion from Dayton, which is located in the southeastern corner of the state.

How good has that defense been? In the Pirates’ past 28 games, they have surrendered 25 or more points just once – to Declo in the 2018 state championship game (62-28).

In what was supposed to be a bit of a retooling year on defense, West Side has given up just two touchdowns – and 12 points total – in its four victories this season. One of those wins was a 34-0 shutout of perennial 3A contender Snake River.

One Idaho coach remarked that Brown was “the strength of that program” – and the biggest reason why West Side has won four 2A titles since 2004, including three in the last decade.

You won’t get any counter-argument on that from Pirates head coach Tyson Moser.

“Since I’ve been here 12 years, we’ve had a lot of success winning 82 percent of our games,” said Moser, who picked up his 100th career victory on Sept. 18 against Cole Valley Christian.

“In the tough games, we’ve won those with defense. It was definitely not because of my offense.”

After graduating from Utah State, Brown got a teaching job at West Side in 1995. He immediately slid into two assistant-coaching jobs in football under legendary coach Lyle Henderson, and in boys basketball.

“I’ve lived with sports my whole life, and always played both of those sports,” Brown said. “One of the reasons I went into teaching was to coach.”

In 1996, Henderson offered Brown a chance to be a coordinator – on defense.

And like many young coaches, especially ones learning a different side of football, he experimented with intricate schemes.

“Those first two years, we did too much,” Brown said. “We have players going both ways, and I was overloading them.

“The main thing I learned was to keep it pretty simple, and to play hard and get to the football.”

So, because West Side played in run-heavy 2A, Brown – with the help of longtime defensive advisor/scout Wayne Henderson – settled on a base 5-3 defense, which he has now run for years.

“It is his show,” Moser said. “I just know his guys love playing for him – and they play hard for him.”

That was never more evident than in last year’s 2A title game against heavily-favored McCall-Donnelly.

The Vandals averaged 47.1 points and 468.5 yards up to that point, but on that day, West Side held them to just two touchdowns and 210 yards of total offense.

The Pirates’ defense, which started four sophomores, also made the championship-saving play, snuffing out a two-point conversion pass attempt with 1:22 to go. West Side won, 14-13.

Brown knew he had a bevy of all-league defensive linemen to replace this season, notably interior standout Isaac Frankman.

Nose guard Owen Nielsen, a sophomore, has been a pleasant surprise in the middle, anchored by defensive tackles Angel Montano and Trevyn Hadley. And Wes Millburn, who suffered a season-ending knee injury in 2019, has played well on the other side of top pass rusher Easton Henderson.

And yet, things could not have gotten off to a worse start in the season opener. Firth went right down the field on the West Side defense on its first series and scored a touchdown.

But Brown realized this group was going to be OK when “the kids did not have their heads down” after that drive, instead rising up and posting a shutout the rest of the way – especially with outside linebacker Taze Stegelmeier leading the charge.

Somewhere during this journey – 2003 – Brown also landed an opportunity to lead his own program. That has come in basketball.

Four times, West Side has reached the Class 2A finals in basketball. And four times, the Pirates have walked away with the second-place trophy – including last March.

“I just take it as it comes,” Brown said. “I know you are not going to win them all, so be a good sport and wait for another shot.”

That next shot might come in the current sport – football.

“Our defense is always going to be our staple,” Moser said. “In 2A, you have to stop the run to win games.”