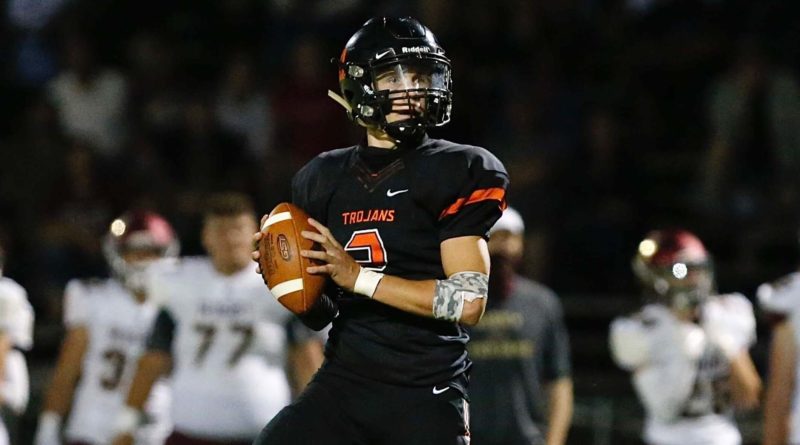 As smoke from raging wildfires across the Pacific Northwest heads east into Idaho and the coronavirus continues to spread, several high school football games have reportedly been impacted in Week 4. (Lead photo by Erik Smith)

Here are all the games that have been rescheduled, cancelled or postponed:

The Spokesman-Review reports that Post Falls and Lake City have rescheduled to Saturday at 1 p.m. due to poor air quality.

Clark Fork’s road game at Wallace was postponed due to poor air quality, per the Bonner County Daily Bee. The air quality was cited at 218 Friday afternoon, which is considered “very unhealthy.”

Canceled with no plans to make the game up due to poor air quality, according to multiple reports. As of Friday afternoon, the air quality index in Weippe was at 164, or “unhealthy.”

Madison at Bonneville (4A): Canceled

In Southeastern Idaho, Madison and Bonneville have cancelled a Friday game due to COVID-19, per multiple reports. Details were not immediate clear.

Kellogg at Orofino (3A): Rescheduled

The game was initially set for 7 p.m. Friday, but moved to Saturday at 4 p.m. due to poor air quality. The air quality was at 224 — with a “very unhealthy” label — as of Friday afternoon.

Carey was set to host Hagerman Friday night, before the game was canceled with the intent of rescheduling, according to the Idaho Mountain Express.

The battle of two undefeated 8-man teams will have to wait until Saturday at noon.

Minico at Sandpoint (4A): Canceled

Minico announced earlier this week it would not be making the trip to Sandpoint, due to poor air quality, the Bonner County Daily Bee reported. As of Friday afternoon, the air quality index in Sandpoint hovered above 150 and was deemed “unhealthy.”