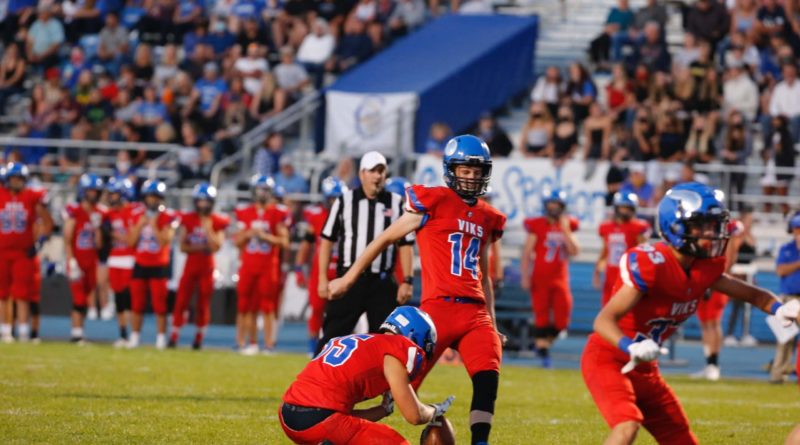 Each week, SBLive ranked the top 10 teams across the state of Idaho regardless of classifications. Here’s a look at how those teams — the SBLive Power 10 — fared in games played in Week 3 of the high school football season.

READ: 5 games you should not have missed in Week 3
READ: Top stars, best performances in Week 3

The No. 1 Vikings keep on rolling. They toppled Lakeland, 48-7, after hopping up to a 41-0 halftime lead. (PHOTO GALLERY)

The Grizzlies logged 37 points by halftime, including three touchdowns from senior Jordan Erickson.

Built up a two-touchdown lead at half and ran with it behind a productive start from quarterback Easton Durham.

After allowing more than 40 points in Week 2, the defending 5A state champ’s defense stood out — while its vaunted offense put up points.

After mopping the floor with defending 4A champ Kuna, Eagle thrashed Mountain View 45-6 behind a massive outing from Ben Ford. (READ MORE)

The week after losing a thriller to Rocky Mountain, Mountain View ran into a buzzsaw named Ben Ford and Eagle. (READ MORE)

Blackfoot’s defense held the opposition to three first half points, and withstood a second half comeback effort.

Kyzon Garner threw a touchdown pass and ran in the insurance score in the fourth quarter to pull away and beat Star Valley (Wyo.). (READ MORE)

The Eagles patiently await a belated start to the season. They are set to debut on Sept. 25.