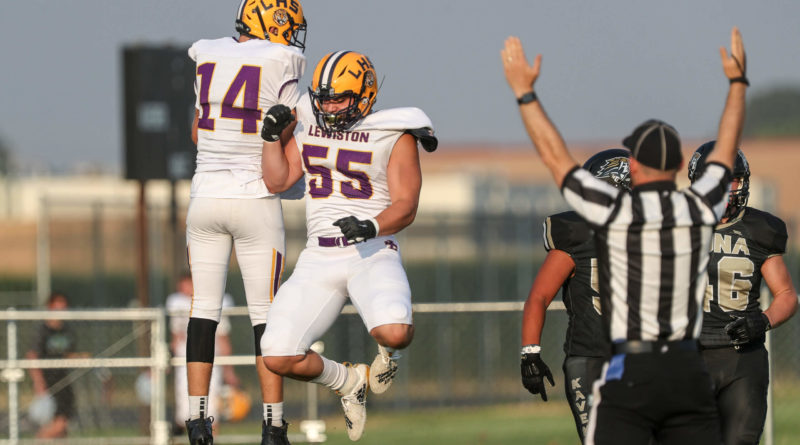 With the 2020 Idaho high school football season underway, SBLive is previewing the top players at each position group. Here’s an inside look at the top defensive linemen in the state. The list is in alphabetical order. (Feature photo by Loren Orr)

Just look at the numbers. He logged 15.5 sacks, 104 tackles, and five forced fumbles, returning two of them for touchdowns for a Vallivue team that reached the 4A state quarterfinals in 2019. He was named to the 4A all-state second team, and it put a fire in his heart. Now, he’s out to prove he’s the state’s best.

Has an innate ability to cause havoc in the backfield (see highlights). Bicandi was a second team all-SIC selection.

There’s a reason Black holds Division I offers from the likes of Montana State, Weber State, Idaho State and Northern Colorado. The all-conference honorable mention choice from last year can move weight — and large human beings — at an elite level.

A freak athlete with Division I aspirations, Clark logged 57 tackles playing defensive end as a junior. Oh, and Clark delivers the boom from under center, too, as Melba’s quarterback who threw for nearly 1,000 yards last season.

The first team 2A all-state choice logged 66 tackles as a junior. He also plays center. “He’s the anchor on our line,” said NF coach Ben Lenz, and he’s an experienced leader among a line full of new faces.

He’s bigger than last year after adding some-35 pounds of muscle. And it shows. National recruiting site 247 Sports identifies Eckert as a two-star recruit.

He’s a ferocious pass-rusher on the end with great size and agility.

He’s disruptive and he’s a difference-maker on a good D-line. Montana State and Idaho State have already offered.

The first team all-High Country Conference selection at defensive tackle helps control the line of scrimmage for the 4A contender.

Posted 61 tackles, a whopping 14 sacks and three forced fumbles as a junior. And football is not even his best sport — Hastriter will be wrestling at Oregon State.

The three-star defensive end attacks with speed, power and precision, shoring up a strong defensive line for the 5A contenders. Horton holds offers from Air Force, Idaho State and Northern Colorado.

Lete is a returning first team all-conference selection after logging 44 tackles (three for loss) and four sacks as a junior. The D-end anchors an experienced BK front.

An absolute force in the trenches, Morgan could be the best lineman in the 8-man ranks — on both sides of the ball. Helped Kendrick reach the 1A-DII state semifinals in 2019.

The first team all-3A Intermountain League lineman helped Timberlake on its run to the 3A state semifinals last year.

Was a 4A all-SIC choice on the defensive line and has been tasked with becoming a leader on a young team. He has plenty of athletic achievement to show, including a 4A state wrestling title (220 pounds).

He logged 27 tackles, eight for loss, and three sacks as a junior and was named to the 3A Snake River Valley league first team and first team 3A all-state selection.

The first team all-conference selection is versatile on the line. As a junior, he accounted for 64 tackles (six for loss) and 4.5 sacks for a Highland team that made a run to the 5A state semifinals.

A second team all-conference selection, Valentine has a quick burst and lumbering boom on the line.

One of the state’s more dominant linemen, Wallace will find success beyond high school — he already holds offers from College of Idaho and Linfield.