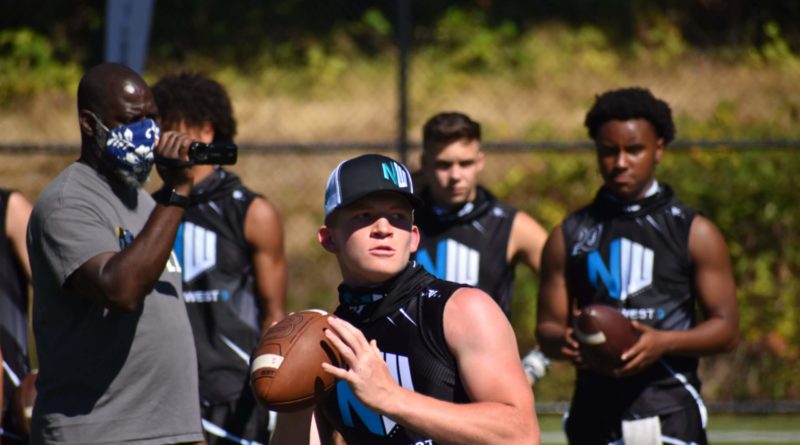 He was happy – the lone Idaho representative in the underclassmen finals placed sixth overall.

And he was worn out.

But one thing was evident after he matched throw for throw with some of the biggest names in the Northwest – Spencer, a junior, can hang with any of the big boys.

“It was cool to compete with Sam (Huard), and some of the guys with big names,” Spencer said. “This will loosen my confidence a little bit knowing … I belong out here.”

Spencer had a different adventure to the NW9 finals than anybody else in the field: He started in Weiser’s 41-14 loss against Emmett on Friday night, then rode in the back seat as his parents drove 520 miles from Boise to make it to Gig Harbor by Saturday morning.

After the qualifying rounds finished, organizers all met to pare the finals’ field to nine quarterbacks. Spencer was one of the names called to come back.

“It gave me a little extra boost of energy to go those extra couple of hours,” Spencer said.

Spencer was one of the better quarterbacks throwing to a net on 15-yard intermediate routes.

That has been a point of emphasis in the offseason for Spencer working with quarterback coach Joel Clark: improving accuracy.

“I gained a lot of size during this offseason, so (Clark) worked a lot with my arm slot, and making things smoother for me,” Spencer said. “It’s really clicked.”

As Spencer packed up his bag and got ready to leave, he was thankful for good competition – but more thankful for rest.

“I am pretty tired,” Spencer said. “I don’t have school Monday, so that is good.”