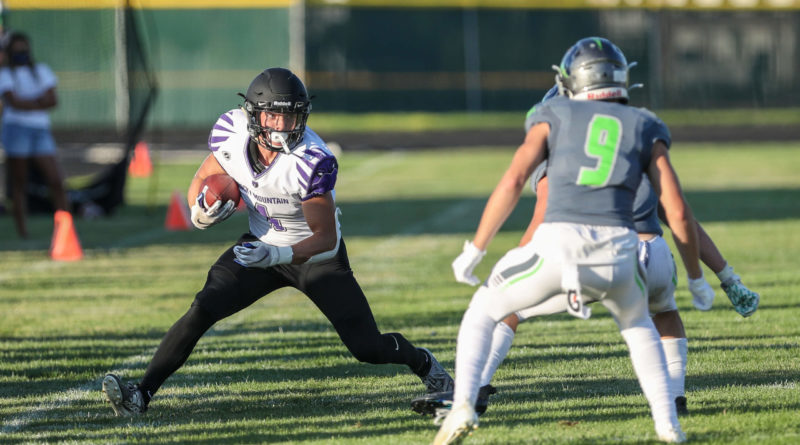 From dominant quarterback performances to head-turning skill position outings, there were many standout performances in Week 2 of the Idaho high school football season.

Here are the top performances that caught our attention across the state. Tag us on Twitter or Instagram @SBLiveID if we missed anyone.

READ MORE: 5 games you should not have missed in Week 2

Caught three touchdowns in the second half, capped by a 35-yard strike that brought Mountain View within three of rival Rocky Mountain. “We did not match up well with (Chan),” Rocky Mountain coach Chris Culig said. (READ MORE)

Took a kickoff 95 yards to the house to help Rocky Mountain up to a 24-0 lead in what ended up being a barn-burning 39-36 win over Mountain View in the “Battle of the Mountains.” (READ MORE)

Contributed six touchdowns to Eagle’s romp of defending 4A state champion Kuna in his team’s 2020 debut. (READ MORE via The Idaho Statesman)

Scored the game-winning touchdown — a 15-yard sweep around the left edge — to beat Lake City. He had three total touchdowns, including a 52-yard bolt in the second quarter. (READ MORE)

Threw for more than 300 yards and helped keep the Timberwolves close in a 58-50 loss to Lewiston. “That kid sure did a good job with the ball,” Lewiston coach Matt Pancheri said. (READ MORE)

Threw for 289 yards and four touchdowns, three of which came in the first half, to lead Preston over defending 3A Wyoming champoion Star Valley, 34-15.

A week after accounting for more than 350 total yards and four touchdowns, he rushed for five touchdowns in Lewiston’s thrilling late win over Lake City, 58-50. (READ MORE)

Threw for 232 yards and four touchdowns opposite an interception in a 55-21 win over Thunder Ridge.

The defending 5A runner-up Coeur d’Alene returned with a bang, and its all-state QB threw for 235 yards, three touchdowns (four total scores) in a blowout 55-0 win over Sandpoint. (READ MORE via The Spokesman-Review)

Accounted for three total touchdowns — two through the air and one on his feet — to help Rocky Mountain win the Battle of the Mountains rivalry game against Mountain View, 39-36. (PHOTO GALLERY)