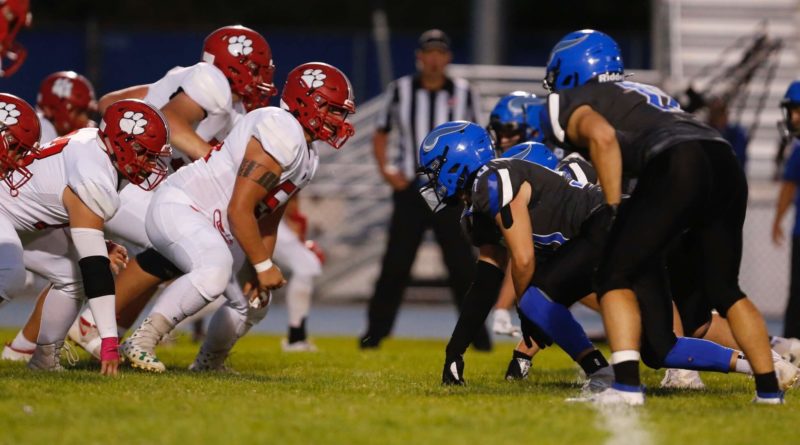 To kick off the 2020 season, SBLive is previewing the top players at each position group. Here’s an inside look at the top linebackers in Idaho high school football. The list is in alphabetical order. (Feature photo by Erik Smith)

Gooding is also the team’s quarterback, and a 3A South Central Idaho Conference first team selection as well as a second-team all-state selection on defense. That experience will be invaluable for No. 3 Gooding.

He’s a leader of the pack on a No. 2 Rocky Mountain team that boasts lots of experience. A second team all-state selection and a team leader for a group that made the 5A state semifinals last year, losing to eventual state champ Rigby.

An honorable mention choice in the 5A Southern Idaho Conference, Allen will shoulder responsibility as a leader in the middle of the defense.

He was sidelined for most of his junior season, but still managed to log 62 tackles (nine for loss) and two sacks in four games. He was the league defensive MVP as a sophomore.

A strong presence in the middle of the defense, Cutler accrued 89 tackles as a junior for the 3A powerhouse. This year, he’ll play some running back too.

A strong, physical player who seeks contact. Had 113 tackles as a junior. Dohm is coming off of a second team all-state selection and returns to help anchor a grizzled, tough defense.

A first team all-Central Idaho 2A selection as a junior returns to help lead the No. 4 team in 2A. Ebert is also a standout RB.

A leader on the field from the middle of the defense, Eddins was first team all-conference last season.

The son of former Utah great Luther Elliss, he’s made his pledge to follow in his father’s footsteps. And he plays like a Pac-12 linebacker, having logged 104 tackles and 12.5 tackles for loss as a junior.

He logged a pick-six in the state playoffs last year and earned an honorable mention all-Southern Idaho Conference selection.

He’s coming off a tremendous junior season, individually and as a team. Johnson, an all-state choice, logged 95 tackles (15 for loss), eight sacks and forced five fumbles for the defending 5A state champs.

A first team all-Great Basin Conference selection and second team all-state selection at inside linebacker as a sophomore.

An outside linebacker a year ago, Lee, who boasts an eye-popping blend of speed and power, is going to play some free safety as a senior for the 3A power.

The 5A Inland Empire D-POY logged a state-best 183 tackles as a junior. Coeur d’Alene coach Shawn Amos had one word to describe him: “stud.”

A mainstay in the middle of a defense that returns nine starters. Had 96 tackles, four sacks, an interception and a forced fumble as a junior — and brought home a 4A state wrestling title at 160 last season.

A second team 4A all-state selection as a junior in a season where he posted more than 100 tackles.

One of the few seniors on an 8-man powerhouse, Parke will be a key piece again for a program that has won five state titles in the last 15 years.

When he wasn’t pulling down just under 1,000 yards receiving, Reed, a second team all-SIC pick, was controlling the middle of the defense. He’ll line up next to an experienced group, too. He’s also a Seattle U baseball commit.

A senior who brings treasured experience to a talent-laden group that is ranked No. 6 in 5A. When he’s not lifting in his home gym, he’s pulling in offers from the likes of Air Force.