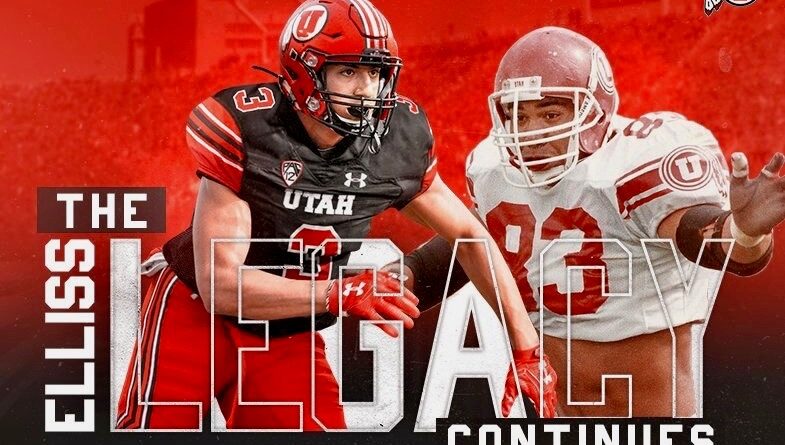 As the first full weekend of Idaho high school football kicked off Friday night, Jonah Elliss was nowhere to be found near a stadium.

Instead, after practice at Moscow High School, he went to his seasonal job cleaning the buildings of area businesses.

“You work, but not for a long period of time – like three hours a day,” Elliss said. “But you work consistently throughout the week … and the boss is super nice.”

It just felt bizarre that the state’s top senior recruit – and son of former 10-year NFL defensive lineman Luther Elliss – wasn’t out terrorizing opposing quarterbacks, chasing down running backs or adding to his own personal highlight reel at outside linebacker.

It wasn’t by choice. The recent Utah Utes commit was at the first week of preseason training camp earlier this month, only to see Moscow School District superintendent Greg Bailey cancel all fall sports because of COVID-19 pandemic concerns.

“It is just hard knowing these other kids are getting an opportunity to play while we are stuck at home,” Jonah Elliss said. “Why is it just Moscow.? It is really frustrating to me.”

The large Elliss family – Luther and his wife, Rebecca, have 12 children, seven of whom are adopted – moved to Moscow in 2017 when the ex-Detroit Lions and Denver Broncos standout got a job on coach Paul Petrino’s staff at the University of Idaho.

In fact, Jonah’s two older brothers, Kaden (now with the New Orleans Saints) and Christian (currently at Idaho) have played for his father with the Vandals.

“Throughout the whole process, I could not get anything out of dad. He always said the decision was between me and God,” Elliss said. “But he did make one big point, saying choosing a school is about the people, not the program.”

A week later, Elliss and his Moscow teammates learned the news that their season had been nixed. Instead, they could play intramural sports.

Elliss said the family discussed the option of he and his two younger brothers, Micah (10th grader) and Elijah (ninth grader) moving back to Salt Lake City and enrolling at Skyline High School where they are playing a football season. Ultimately, they decided not to do that.

Currently, Elliss is looking into taking a heavy course workload to graduate from high school in December – and enroll at Utah for winter semester.

What is causing the family to pause is the recent development at the school district might reinstate fall sports, thus giving Elliss his senior season back. That decision will be finalized Tuesday night.

Even if Moscow has a season, the damage of the earlier cancellation has been done, Elliss said.

“We had 55 guys out for football (in the first week of August), which is a lot more than we were used to,” Elliss said. “But now, there’s a whole bunch of kids not showing up for workouts. It’s hit us really hard.

“Nothing has been consistent with this at all.”