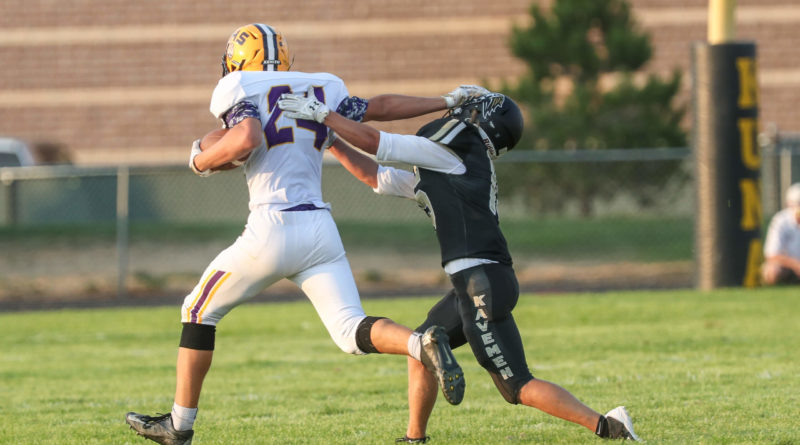 Here are the top performances that caught our attention across the state. Tag us on Twitter or Instagram @SBLiveID if we missed anyone.

Burst open for a 77-yard touchdown to solidify a nonleague opening win over Lakeland at home, 26-20.

Had a hand in five touchdowns to open the season in blowout fashion. Threw for 300 yards on 15 of 17 passes completed and four touchdowns in the air. He got his fifth on his feet.

The University of Washington baseball commit flashed his speed on the gridiron, taking a kick return 86 yards for touchdown to give the Bengals a two-score lead with under 10 minutes left. Also rushed for 89 yards.

Rushed for 164 yards and three touchdowns and threw for 189 yards and another score in a 37-30 win over the defending 4A champions Kuna.

He was in on the “gutsy” final defensive stand that lifted the defending 3A state champs over the No. 6 team in 4A. He also caught a screen and bolted by defenders into the redzone to set up Sugar-Salem’s game-winning touchdown.

The junior passed for three touchdowns and 244 yards total, ran for 85 more and even had an interception on the defensive end in Horseshoe Bend’s 22-6 win over Wilder.

Accounted for four total touchdowns — two in the air, two on the ground — in Weiser’s 41-7 win over Buhl.

Accounted from 235 total yards and rushed for two touchdowns in a 28-21 loss to Homedale.