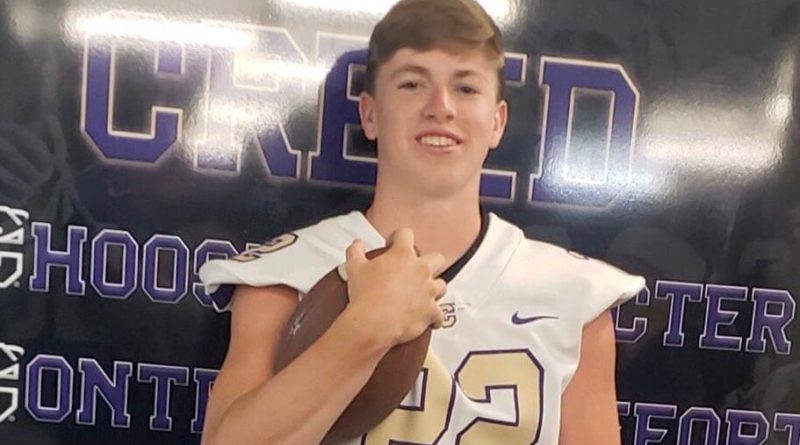 To kick off the season, SBLive is previewing the top players at each position group. Here’s an inside look at the top defensive backs in Idaho high school football. The list is in alphabetical order.

Don’t let his height deceive you. Bronson won’t just lock you down — he’s a ball hawk with a knack for winning jump balls.

He stepped in as the team’s starting quarterback tasked with filling big shoes, and made an immediate impact, leading Eagle to the playoffs twice. Not only is he one of the state’s best quarterbacks, Ford is also an all-state safety who recorded 33 tackles and one interception as a junior.

A hard-hitting playmaker who was an honorable mention selection in the 5A Southern Idaho Conference.

Foote gives Middleton a senior leader to rely on out of the secondary. He had seven picks as a junior and was named second team all-state.

A first team 3A all-state selection for the 3A powerhouse, Clark is dynamite whenever he’s around the ball — as a wideout, kick returner and kicker, as well as a first team all-state defensive back.

He’s primarily a safety, who had 76 tackles and two interceptions as a junior and was named second team all-conference. Plus, hatch is a quarterback who ran for 863 yards and 13 touchdowns.

Anchors the defense for the No. 4 preseason team in 2A. The all-2A Western Idaho Conference first team choice logged four interceptions as a junior.

The first team 2A all-state selection had three picks and 68 tackles as a junior for the 2A state runners-up. He’ll get to prove it as a senior in the 3A ranks.

A first team all-state choice at defensive back and a second team wideout, Lenz is one of the state’s top all-around athletes. He logged 47 tackles, seven picks and two fumble recoveries last season. As a sophomore, he was also the 2A state basketball player of the year.

He gets it done on both sides of the ball as a fixture out of the backfield and a pass-catcher on offense, and a second team all-state defensive back for a team that made the 2A state playoffs last season.

A first team all 3A Snake River Valley selection at defensive back.

A running back as well as a corner and a free safety, Stelling brings speed and home-run capabilities to Fruitland. Moreso, coaches say, he’s a great system player because he does the little things: blocks well, carries out fakes and it helps he’s often the fastest player on the field.

The Inland Empire League D-MVP who had 32 tackles (three for loss with two sacks) and just two completions given up all year returns in the secondary for Sandpoint.

He recorded 57 tackles (seven for loss) as a junior, helping lead the Vikings’ defense from the secondary throughout its run to the 5A state finals. But it’s his instincts that separate the senior. “Might as well give him a whistle, he’s our coach on the field,” CdA coach Shawn Amos said. “Instincts, anticipation, he knows the game so well.”

The first team 2A all-state selection is a 6-3 lockdown corner for the 2A powerhouse and defending state champs.

He’s a lockdown cornerback who plays both ways. A standout tackler and hard hitter.

The first team all-conference defensive back brings experience back to a group that hoisted the 5A state trophy at the end of the 2019 season.