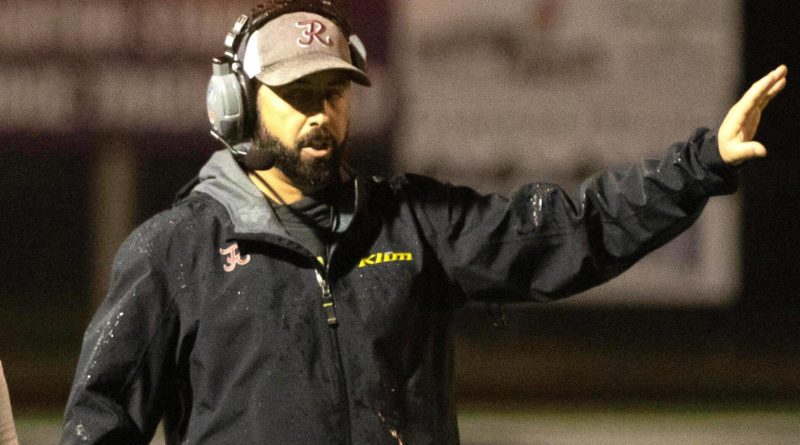 Here are five storylines worth monitoring around the state as Idaho high school football kicks off its first full weekend of games starting Friday:

1. WHO IS THE BEST 5A CONTENDER AMONG IDAHO’s ‘MOUNT RUSHMORE’ QUARTET?

Their decade-long success is like a “Law & Order” rerun: It just keeps going and going.

Since 2010, four schools – Coeur d’Alene, Rocky Mountain, Mountain View and Highland – have occupied spots in the Class 5A championship games 15 of 20 times. Each of these schools has won at least one state title during that span.

The Vikings lost to Rigby, 57-56, in double overtime for the 5A championship last November, but return an exciting nucleus of contributors on both sides of the ball – led by quarterback Jack Prka, the state’s leading passer in 2019 (3,716 yards, 32 touchdowns). He completed 24 of 29 passes for 323 yards and had seven total touchdowns in that loss.

“We’ve had a lot of good quarterbacks, and he is right in the mix with any of the guys who have come through here,” Coeur d’Alene football coach Shawn Amos said. “He’s everything you’d want in a quarterback. He does everything the right way.”

2. WHICH OF THE SURPRISE REIGNING STATE CHAMPIONS – RIGBY OR KUNA – IS BEST BET TO KEEP IT GOING?

It is difficult to bet against a defending state champion led by arguably Idaho’s top quarterback – 4A all-state first teamer and Montana State commit Sean Austin, of Kuna – but there is something about this Rigby team that seems very sustainable.

It starts with Rigby’s football coach Armando Gonzalez, a high-energy guy who enjoyed a great deal of success in California before arriving in eastern Idaho four years ago.

This is a school full of multi-sport athletes that bounce around from sport to sport. One of the things Gonzalez did when he came to Rigby was going away from a recreational culture by establishing a year-round strength and conditioning program.

Now the Trojans are one of the more physical teams in 5A. And even though do-everything quarterback Keegan Thompson graduated, they return all five lineman, two bullish running backs in Sheik Faievai and Gabe Mobley and a transfer quarterback from Hawaii in Tiger Adolpho.

“We know we are not going to sneak up on people,” Gonzalez said.

3. IS THERE ANOTHER LARGE-SCHOOL TITLE CONTENDER HIDING IN THE WEEDS?

Todd Simis is entering his 17th season as Capital High School’s football coach, and he has never had a losing season.

But the Boise 5A school did go .500 a season ago – 5-5 – for just the second time under Simis’ watch. And suddenly, the Eagles are a team that has fallen out of sight.

“Last year, we were young. We were junior-heavy, but it is a special class,” Simis said. “They are seniors this year.”

There are two things working against Capital in 2020: First, because of the COVID-19 threat around the city, the Eagles have not even started practices yet while others in 5A have. That could change next week. Second, they don’t have the roster numbers of neighboring Rocky Mountain or Mountain View, so a lot of their standouts have to go both ways.

“We still get some special kids that choose to come here because we are a legacy school,” Simis said. “It keeps us in the mix.”

The two-time 5A champions have talent across the board. And if new quarterback Max Clark, the son of former Boise High School coach Bob Clark, can live up to his “five-tool” billing, the offense has playmakers, especially wide receivers Justus Del Rio and Kody Walk, and tight ends Jackson Reed and Charley Hastriter.

4. WHICH OF THE SMALLER SCHOOLS IS SUREST THING TO BUILD ON ITS CHAMPIONSHIP DYNASTY?

There is only one school in the state gunning for a third consecutive state title in 2020, and it’s the Sugar-Salem Diggers in 3A.

In fact, many coaches at that level feel the gap between the Diggers and the rest of the field has widened (including two-time state runner-up Homedale), making Sugar-Salem the overwhelming favorite to become the first 3A school to win at least three consecutive state titles since Snake River in 2002.

“This fall, we have 75 kids out,” Sugar-Salem football coach Tyler Richins said. “And for a 3A program, that is pretty good.”

The Diggers did graduate 25 seniors from last year’s squad. But they have three all-state caliber standouts on defense in defensive back Crew Clark, linebacker Logan Cutler and free safety Brigham Lee.

5. WHO GETS THE TOP BILLING AS IDAHO’S PREMIER PLAYER?

Well, that is sort of a trick question. Most would say Moscow High School linebacker Jonah Elliss, who gave Utah a verbal commitment earlier this month. But that school will not be playing football this fall because of COVID-19 concerns.

So, go to south central Idaho to watch tight end Colston Loveland, a junior from Gooding High School who is the No. 1 recruit in the state for 2022, according to 247Sports.com.

Last season, the all-state performer hauled in 91 passes for 1,147 yards and 14 touchdowns in leading the Senators to the 3A quarterfinals where they lost to Homedale.

“He is one of the more complete offensive prospects to come from Idaho in recent years,” said Brandon Huffman, 247Sports.com’s national recruiting analyst. “He’s got the length and speed to be a primary weapon as a tight end, but also plays physically and can be a top in-line blocker as well.”