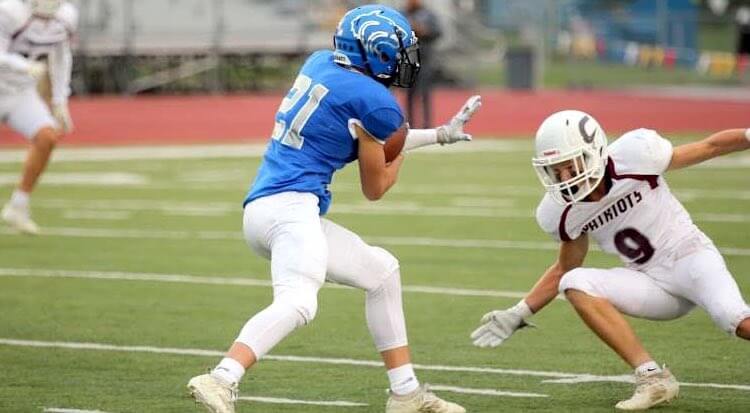 To kick off the season, SBLive is previewing the top players at each position group. Here’s an inside look at the top running backs in Idaho high school football. The list is in alphabetical order.

He won the job in the summer entering his sophomore season. Then, the hard-nosed runner put together a breakout season, winning the 2A District 5 Offensive Player of the Year. He’s added muscle.

Chavez more than proved he’s a productive back who is hard to take down as a junior before being sidelined by an injury.

Cox is a big play waiting to happen. He rushed for 528 yards and five touchdowns on 6.5 yards per carry on a team with several capable rushers. Now, he’s stepping into bigger shoes for a Sandpoint team that made the playoffs last season.

A first team 5A All-State selection after rushing for 1,250 yards, 10 touchdowns on 7.8 yards per carry. Powered Highland to the 5A state semifinals.

Rushed for 547 yards and two touchdowns for the defending 5A state runners-up as a junior.

A 5A Southern Idaho Conference second team selection, Erickson, who holds an Air Force offer, ran for 975 yards on 6.4 yards per carry and 18 touchdowns as a junior, and will shoulder a bigger load as Rocky Mountain replaces key skill guys out wide — and 10 defensive starters.

He’s one of the most productive backs across Idaho to return, posting 1,537 yards, 16 touchdowns on 8.1 yards per carry and an all-conference honor.

A second team all-state selection as a sophomore, Marcum just clocked under a 4.5 40-yard dash — unofficially — and is coming off of a sophomore season with 1,117 yards rushing and eight touchdowns.

Rushed for 877 yards and eight touchdowns on 8.4 yards per carry as a sophomore, sharing a backfield with his older cousin Brogan Matthews and his brother, quarterback Gabe Matthews, who returns after missing last season after undergoing Tommy John’s surgery. Oh, and Derek’s also a state champion wrestler (2x).

He’s a between-the-tackles runner who blends power and speed and helped Blackfoot reach the 4A state championship game last season.

Erupted for nearly 300 yards and five touchdowns early last season and another 230 when he returned from a three-game absence. Thomas’ 1,825 yards (nine games) helped earn him first team 4A all-state honors.

He’s stepping into the shoes of a mega-rusher in Rylan Chandler. Sampedri rushed for 573 yards and four touchdowns as a junior.

Rushed for nearly 1,100 yards as a junior, was an all-4A Southern Idaho Conference second team choice, and will take on a big role again for Emmett.

Eagle returns three starters on the O-line to block for Stampfli, who posted 560 yards and five touchdowns as a junior and was named to the all-conference second team.

He’s a state champion wrestler, and he’s flat out hard to bring down. “He’s going to be a load for any team,” said one opposing coach.

He’s the strongest player in the weight room for North Fremont, and it translates to explosiveness and an impressive blend of speed and power.