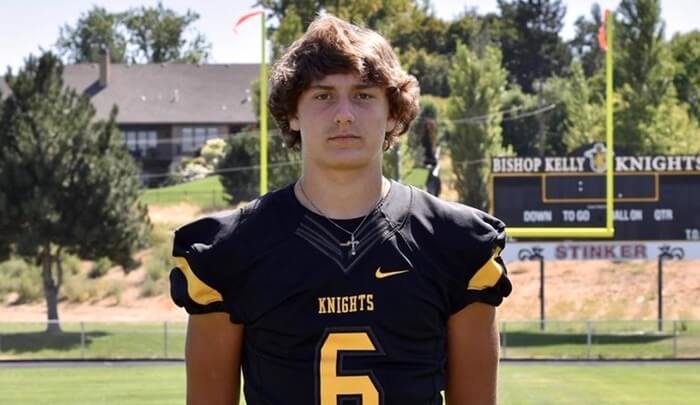 To kick off the season, SBLive is previewing the top players at each position group. Here’s an inside look at the Top 21 quarterbacks in Idaho high school football. The list is in alphabetical order.

The Montana State commit led Kuna to a 4A state championship last year. He headlines an explosive offense that features many of the same pieces that made it all the way last year. But this time, the all-state choice will get to prove it at the 5A level.

A multi-sport standout, Cheney is a dual-threat playmaker who threw for more than 1,000 yards and ran for around 900 as a sophomore and is off to a strong start as a junior.

He’s Melba’s best all-around player, and while he may shine brighter on defense, Clark tossed for almost 1,000 yards as a junior, helping Melba to its strongest season (8-4) in 20 years.

Perhaps the team’s best athlete will be moving from receiver — 444 yards, five touchdowns as a junior — to quarterback.

Farris was a second team 4A all-state selection last year and will be tasked with building chemistry with a revamped receiving corps on a team that went 8-3 last season.

A knee injury halted his season before the playoffs, but the uber-athletic quarterback/safety accounted for nearly 1,400 all-purpose yards and 12 touchdowns in 6.5 games.

He took a lot of hits as a junior in a competitive 5A SIC-Foothills. Imagine what Franssen, a dynamic playmaker, will do with an experienced line and talent in the skill positions.

Last year, Gibson was moved from running back to quarterback in the triple-option. Then he became nearly unstoppable. He was named Boy Athlete of the Year by the North Idaho Hall of Fame (also the school’s point guard), as well as the offensive MVP of the Central Idaho 2A league as a junior.

The all-conference selection was a big part of Snake River’s 3A state semifinal run in 2019 as a sophomore. Will he lead the preseason No. 3 team in the state to greater heights?

Irvin’s size and efficiency stand out, particularly among the coaches who selected him as the 5A all-Inland Empire first team quarterback as a junior.

He’s building a legacy at a school that has fielded good quarterbacks. Threw for a state-best 3,716 yards at more than 300 yards per game, 32 touchdowns opposite eight interceptions and a .740 completion percentage -and led Coeur d’Alene to the 5A state title game. “He’s right in the mix of any of the guys who have come through here,” CdA coach Shawn Amos said.

A fitting last name for a bull of a runner out of the read option, Power is a threat every time he touches the ball for Dietrich (8-man).

The dual-threat quarterback was named the all-4A Inland Empire League offensive MVP even after missing time with a broken collarbone. (Moscow is the only school in Idaho to postpone the fall football season in Idaho, due to COVID.)

A freak athlete. He was a first team all-3A Snake River Valley selection as a quarterback and defensive back, and the future for Spencer is oh so bright.

Simpson is a three-year starter who can beat you in the air and on his feet. He was named to the all-conference team as a junior.

The first team all-conference choice threw for 1,820 yards with a 60 percent completion rate, 19 touchdowns opposite nine picks as a junior.

The 2A District 5 Player of the Year from last season throws a beautiful deep ball, and accounted for 2,137 passing yards and 22 touchdowns as a junior.

The future is bright for Trenkle. He shared time at quarterback as a freshman last year and logged 470 yards passing, six touchdowns and two picks. He’s also a point guard for Minico’s basketball team.

He’s great on his feet — so good, in fact, that Vasquez, who is also a state champion wrestler, played his way from JV to varsity as a 5-foot-2, 135-pound freshmen, leaving opposing coaches raving about his future.