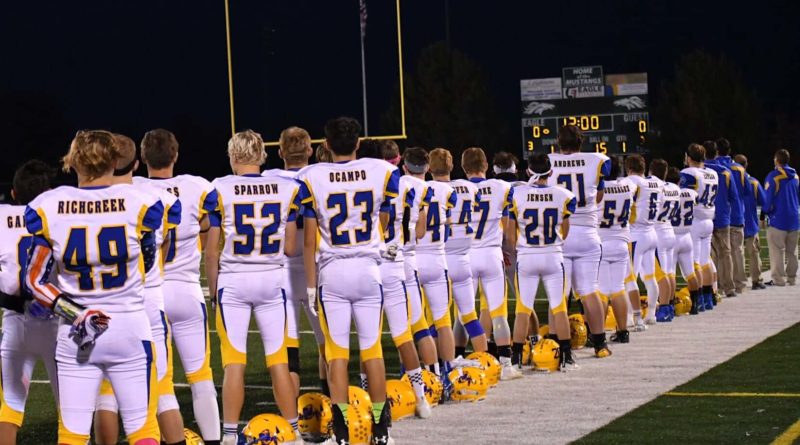 This is one of the storied eight-man programs in Idaho (seven state tiles) – and coach Lane Kirkland has picked up where his father (Heber) left off, winning five of them since 2006. Run-crazy offense might shift a bit more to utilize third-year starting QB Hunter Smith’s passing skill set.

Is this the Blue Devils’ year? They keep knocking on the door for a first state title, and return arguably the classification’s best dual threat in QB Brady Power, who is a quick decision maker in the spread offense. Look out – when Power runs, it’s like a bulldozer coming right at you.

The Wolverines captured three state titles in a four-year stretch (1987, 1989-90), and haven’t won one since. But this loaded senior class is full of athletes, none better than all-purpose WR Covy Kelly, who hauled in 22 touchdown catches from QB Corban Fields last season.

Not since 2001 have the Tigers took home the big trophy, but they are an emerging group – if they can avoid the injury bug that bit them in 2019. WR Talon Alexander is a game-changing pass catcher, and QB Ty Kopek, a multi-athlete sophomore, could be the one delivering him the goods.