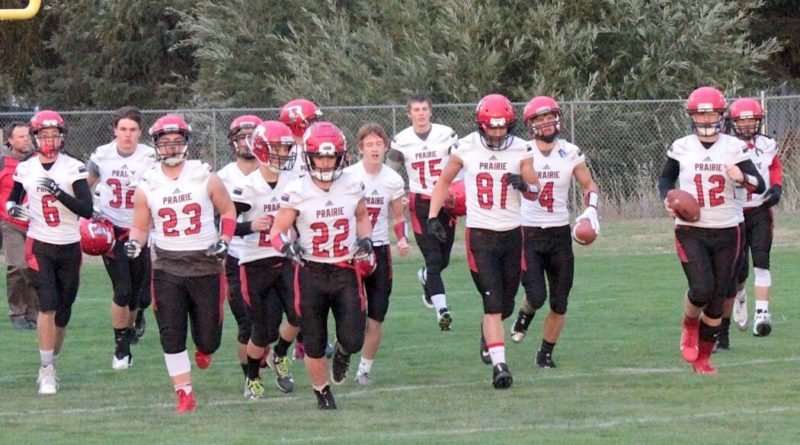 Here’s a preseason look at the Top 5 teams in Class 1A Division I Idaho high school football.

The Pirates have tradition, numbers and momentum (won state title in two of past three years). And they have the reigning state player of the year in RB Cole Martin (1,600 yards, 24 TDs), a Big Sky recruit. It is QB Cole Schlader’s job to make defenses pay by loading up to stop the run.

If there’s a team that can halt Prairie’s championship reign, it is these five-time state champions (last title in 2016). Behind a big offensive line, expect both senior playmakers – QB Bodee Spencer and RB Ethan Bernad – to try to wear defenses down in the Trojans’ power running game.

When you line up against the Hornets, you know you’ve been in a physical battle. And even though they graduated do-everything QB/WR Chandler Jones, the Snake River offensive MVP, they should be fine behind all-senior LB corps of Robert Wybenga, Isaac Mitton and Jace Robinson.

There isn’t just one reigning state champion in this classification – the Lions move up after winning the 1A DII title last year. They feature one of the state’s top passing combinations in QB Collin Holloway (also a strong-legged kicker) and WR Clay Silva, who is a terror in open space.

The Pirates were the larger half of the one-year Lost Rivers’ co-op team that reached last year’s state title game. QB Tyler Wamstrom can sling it, and might be the reason to open up the offense in 2020, especially with playmakers Jaden Jones (WR) and Treyton Miller (RB) around.