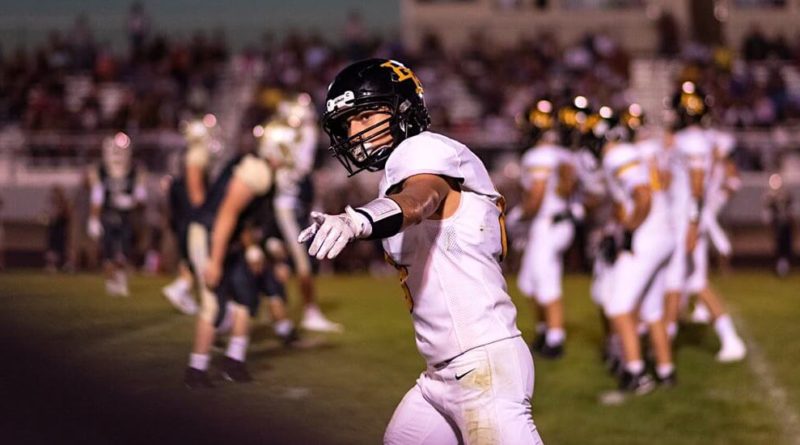 Here’s a preseason look at the Top 10 teams in Class 4A Idaho high school football.

The Knights have tradition (six 4A titles), experience (29 seniors) and depth (145 players on roster) – and are certainly in position to rule 4A once again in 2020. QB Keegan Crouteau moves from wide receiver, and the team’s best athlete should be a zone-read monster in the run game.

Don’t sleep on the Knights and their old-school power brand of football. RB Tre Kofe (1,500 yards, 16 TDs) emerged from a three-headed attack as a sophomore, and will be featured with his vision and breakaway speed alongside QB Demik Hatch. Won 4A title in 2018.

It was a bold move for coach Bill Brock to switch from the double-wing to Air Raid offense three years ago. But now he has the type of athletes to run it with sky-scraping WRs Tyler Medaris and Cash Cowdery, two basketball standouts, and emerging sophomore QB Dekker Hagler.

If the Grizzlies find that QB Cade Marlow is a capable replacement for graduated Taylor Cruz, the Grizzlies could be a serious factor. WR Connor Maloney is a game-changer as a rusher and pass catcher, and the Skyline defense returns nine starters. Won back-to-back 4A titles (2016, 2017).

This is a group with many exciting pieces, led by twin brothers Jovan (all-purpose RB) and Jonah (CB) Sowell. Both are a handful in space. If the Diamondbacks settle their quarterback quandary (big athlete Bruin Fleischmann might fill that), they could be a contending factor.

The 4A Great Basin’s top squad might unleash arguably the top sophomore in 4A in QB Brevin Trenkle, who saw significant time running the Wing-T last season. He is also a varsity point guard in basketball. RBs Karter Zampedri and Klayton Wilson will be co-workhorses in the run game.

Welcome to coach Rich Hargitt’s world of “Surface to Air” – an offense that combines Air Raid passing with a power run game. And the Huskies might be further ahead as a rushing offense, especially behind RB Westyn Smith (1,100 yards). QB Caden Young is also a proven run threat.

It’s difficult to forecast what kind of year the Inland Empire’s best 4A team will have. The Bulldogs were a playoff team in 2019 after three consecutive losing seasons, and have two all-league defensive MVPs in the lineup in LB Tag Benefield and DB Elijah Larson. Offense needs to blossom.

The Tigers posted a playoff shocker in 2019 by upending Hillcrest – and are ready to continue that momentum. Third-year starting QB Dalan Thompson is an accurate thrower in Jerome’s spread attack, and has two experienced pass catchers in WRs Shayler Bingham and Logan Worthington.