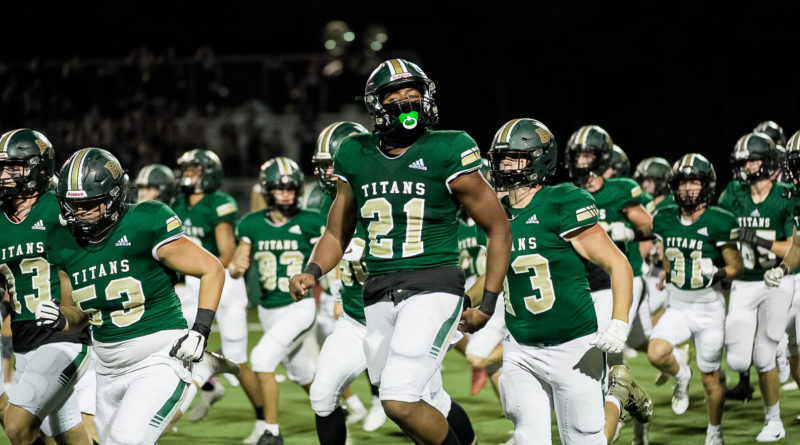 Following the approval of a new multiplier, appeals, the destruction of a classification and creation of a new one — along with another round of appeals — the plans for new classifications and regions for the upcoming two school years are finalized.

The state executive committee made up of 66 members met earlier this week and voted on appeals from 10 schools before ratifying each classification individually.

The divisions in Class A were created after 10 private schools announced they will be leaving the GHSA at the conclusion of this school year. The committee faced a numbers problem in Class A Private and decided to merge the schools with Class A Public in a new, two-division Class A. The larger schools were placed in Division 1 and the smaller schools went to Division 2.

Some of the most notable changes revealed in the first round of reclassification included Buford, Carrollton, Westlake and Valdosta moving up to 7A, along with private schools Blessed Trinity, Marist, St. Pius X and Woodward Academy rising up to 6A.

Storylines abound throughout the new regions and classifications. Here are some of the biggest changes to watch for beginning in August 2022.

All eyes will be on Buford to see how the athletics powerhouse handles the jump to the state’s largest classification. The Wolves will be competing in a region with some of Gwinnett County’s most prominent programs in Collins Hill, Mill Creek, Central Gwinnett, Dacula and Mountain View. It would have been great to see Buford and Collins Hill face off on the gridiron in 2021, but at least we have a guaranteed matchup between them for the next two years. Not forgotten is Mill Creek, which made it to the 7A elite eight last year, and Dacula, which made it to the 6A final four.

Made up mostly of schools from the North Fulton area along with a few from the East Cobb area, Region 7-6A is one with multiple storylines to watch. Alpharetta and Roswell, currently members of the same region in Class 7A, move down together and join nearby Johns Creek, which sees every team but itself leave Region 7-6A. There’s Lassiter, Pope and Sprayberry, which are currently members of Region 6-6A. The newcomer with the most eyes is Blessed Trinity, a fast-growing Catholic school located less than a mile from Roswell High. The Titans went from 2A to 3A in 2012, 3A to 4A in 2016 and 4A to 5A in 2020. After two years in 5A, they move up again and join a region with some of the largest public schools in their area. Also a member of the region is Innovation Academy, a new STEM magnet school in Alpharetta, though it won’t participate in football.

It has a clear advantage with so many teams, but Region 8 is loaded with intriguing storylines. Members of the 11-team region include Seckinger, which opens in 2022, and East Forsyth, which opened in 2021. There’s also Cedar Shoals in east Athens and nearby Madison County and North Oconee. A large segment of the region is made up of Hall County schools such as Cherokee Bluff, Chestatee, East Hall, Johnson and North Hall. Rounding out the region is Walnut Grove, which sits in Loganville over an hour away from the Hall County schools and 40-plus minutes from the Athens-area schools. However, proposed subdivisions have the five Hall County schools and East Forsyth in one division with Seckinger, Walnut Grove and the Athens-area schools in the other division, so travel shouldn’t be much of an issue for anyone.

Southeast Georgia mega region. That’s what you get in Region 3-3A, which includes Liberty County and Long County along with a whopping seven Savannah schools — Beach, Calvary Day School, Groves, Johnson, Savannah Christian, Savannah Country Day and St. Vincent’s Academy. Region play should be intense and entertaining between these familiar foes.

With six teams, Region 8-2A is one of the smaller (but not the smallest) regions. Still, it’s one that will draw interest around the state. Half of the region is made up of private schools that are longtime members of Class A — Athens Academy, Fellowship Christian and Providence Christian. Then there’s Banks County and Union County, which have shared a region for over 35 years (not including a few short breaks). Last but not least is East Jackson, a younger school that opened in 2007 and competed in a region with Banks and Union for two of its first seasons. The region has a diverse makeup, from the histories of each school to their locations.

Valdosta moves up to Class 7A and joins a region with longtime rivals Colquitt County and Lowndes for the first time since 2015. Also in the region are Camden County and Richmond Hill.

Milton, which won its appeal to stay in Class 7A, joins a region with Forsyth County schools such as Forsyth Central, Lambert, South Forsyth and West Forsyth. All were members of the same region from 2016-19. Denmark, which opened in 2018 as a 4A school, is also in the region.

Other than Cherokee, which has been a member of Class 7A and will remain there, Cherokee County schools group together in Region 6 Class 6A. There are plenty of county rivalries among Creekview, Etowah, River Ridge, Sequoyah and Woodstock. Joining them in the region are northwest Georgia schools Allatoona and Rome.

Region 6 Class 4A features two Atlanta private schools moving up in Holy Innocents’ from 1A and Westminster from 3A.

Six of the largest regions were split into proposed subdivisions.