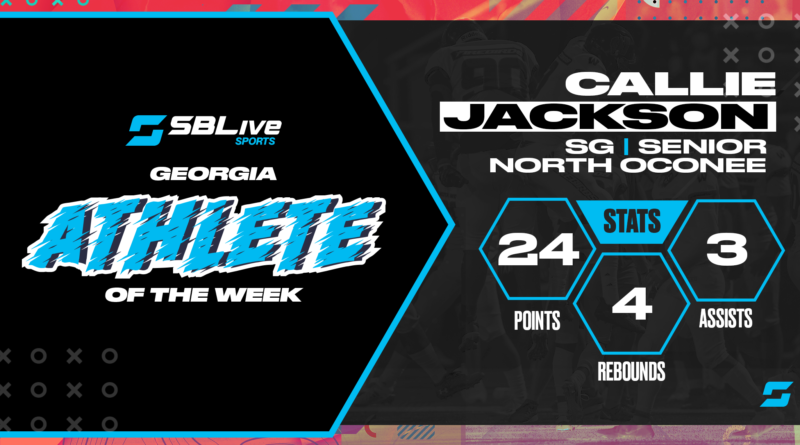 The senior shined in a matchup vs. Rutherford with 24 points, four rebounds and three assists.

Jackson received 49% of the vote, beating out Harrison’s Anna Gernatt who finished second with 36.32%. Mount Vernon’s AJ Patterson finished third with 8.3% and East Hall’s CJ Agborsangaya finished fourth with 5.8%. There were over 66,000 votes tallied this week!

Smith stuffed the stat sheet with 24 points, three rebounds, 10 assists and five steals in a win over Tampa Prep (Florida).

With his win in the Knockout X-Mas Classic, Henson became the second-ever four-time champion.

Young had 28 points and seven rebounds in Pebblebrook’s dismantling of Windsor Forest.

Bass was phenomenal in a win over Kell, scoring 25 points and grabbing 13 boards, and he scored 21 of those points in the second half to ensure the comeback victory.

Rideout did it all in a 71-70 Arby’s Classic win over Dorman (South Carolina), with 19 points, seven rebounds and seven assists.

Curtis scored 24 points vs. Cass, which gave her 1,000 points in her varsity career.

Agborsangaya dropped 16 points and grabbed nine boards in East Hall’s victory over Gainesville to get the win and  tourney MVP.

Bolden was feeling it in a win over Dacula, as she led all scorers with 36 points.

Banks scored 34 points and was the driving force in a victory over Cumberland Christian.

Galloway earned his 100th varsity win and is 31-1 on the season.

Perez came in first in the ALX Invitational.

Patterson flirted with a triple-double with 16 points, 10 boards and seven assists, but his most important contribution was the game-saving block.

Peterson was on fire with a game-high 29 points to help assist in the blowout of the week as Kell took down Shiloh 78-17.

Collins was named MVP of the Deep South Classic after averaging 21.5 points, 5.5 rebounds, 1.5 assists and 4.0 steals.