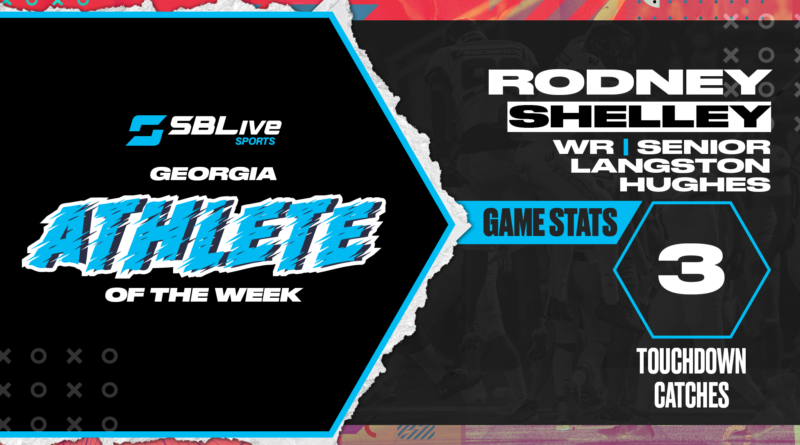 The senior caught three touchdown passes, including receptions of 60 and 63 yards, in the 47-28 win over Dacula.

Shelley ran away with this week’s honor, receiving 74.86% of the total vote.

Bell rushed for each of Pierce County’s two touchdowns in a 19-17 loss to Carver-Atlanta.

Dallas finished with four touchdown passes, his fourth being the game-winner in double overtime, and a rushing score against ELCA.

Dewitt caught two touchdown passes and rushed for a score in a 38-28 win over Fellowship Christian.

Harper returned the opening kickoff 94 yards for a score in a 31-6 win over Callaway.

Harris scored 23, 27 and 21 points in wins over North Springs, Oconee County and Riverdale.

Hunter caught eight passes for 73 yards and a score while recovering a fumble on the defensive side of the ball in a 31-0 win over Grayson.

The freshman scored a career-high 23 points in a 63-38 win over Forsyth Central.

Sanders threw two touchdown passes in a 49-7 win over Metter.

Shelley caught three touchdown passes, including receptions of 60 and 63 yards, in the 47-28 win over Dacula.

Cedartown lost to Carver-Columbus, but Washington rushed for all three of Cedartown’s touchdowns in the 22-21 loss.

Weathersby scored 21 points and grabbed 17 rebounds in a win over Meadowcreek.