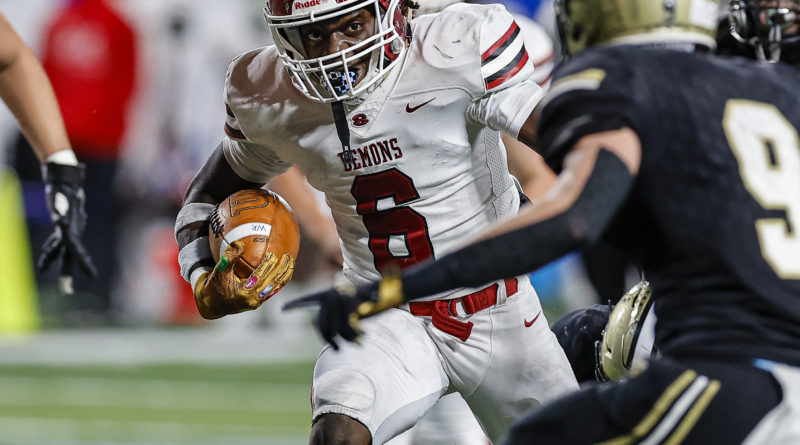 Calhoun made too many mistakes and Warner Robins had too much Fred Perry, as the Demons won their second straight Class 5A state championship and sixth title overall.

Perry had 233 yards rushing with two touchdowns, plus 10 tackles and two pass breakups on defense to lead Warner Robins to a 38-14 win.

Calhoun muffed its first two punts, with defensive lineman Nathaniel Sanford returning one of the them 40 yards for a touchdown and the other leading to a quick Perry TD and a 14-0 early Warner Robins lead.

The Yellowjackets hung in there to trail just 24-7 at the half, but Warner Robins took over in the fourth quarter.

In his three seasons as Warner Robins coach, Marquis Westbrook has made it to the state championship game in all three of them, with the only loss coming in overtime in 2019 to Buford.