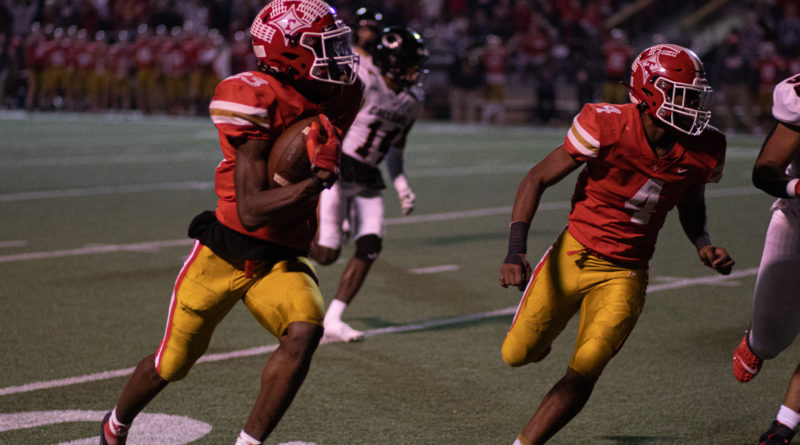 Thomasville’s offense couldn’t be stopped and the Bulldogs’ defense was nearly impenetrable as they pummeled defending 2A champ Callaway 31-6 at home, advancing to the state title game for the first time since 1993.

The last time Thomasville won the state championship was in 1988.

“Every time the defense had to bow their necks and shut somebody down, they did,” Thomasville coach Zach Grage said. “It was a full team victory, and I’m just proud to be a part of the team.”

Quarterback Shannen White finished with three touchdowns on the night, throwing for two and rushing for one.

The passing game took over for Thomasville’s offense throughout the night as Callaway was able to keep White and running back Malik Harper from breaking free.

“We had trouble with our run game,” White said. “Our line had trouble picking up the linebackers when they would switch, but that’s the only thing we had a problem with. Everything else was good.”

Harper got the first points of the game on the board as he returned the opening kickoff 94 yards for a touchdown, making him the first player to return a kick for a score under Grage, who was hired in 2016.

White extended the lead in the second quarter as he connected with wide receiver Jordan Williams on a slant that turned into an 80-yard catch-and-run touchdown.

Callaway got the ball first to start the second half, but quarterback DeShun Coleman had the ball stripped as he was trying to escape Thomasville’s relentless pass rush, and the Bulldogs recovered the fumble.

Shortly after the Thomasville offense took the field, White found wide receiver Cole Shaw in the end zone on a 16-yard touchdown pass to make it 24-0.

Callaway finally got on the board in the fourth quarter, when Coleman connected with wide receiver Exavious Reed on a 24-yard scoring strike, but the PAT was no good.

Callaway recovered the ensuing onside kick, but the offense was unable to get any points out of it after failing to convert on fourth down.

Midway through the fourth quarter, White broke free on a 32-yard rushing touchdown that put the game away for good at 31-6.

Thomasville will face Fitzgerald in the 2A state championship game next Friday at noon.