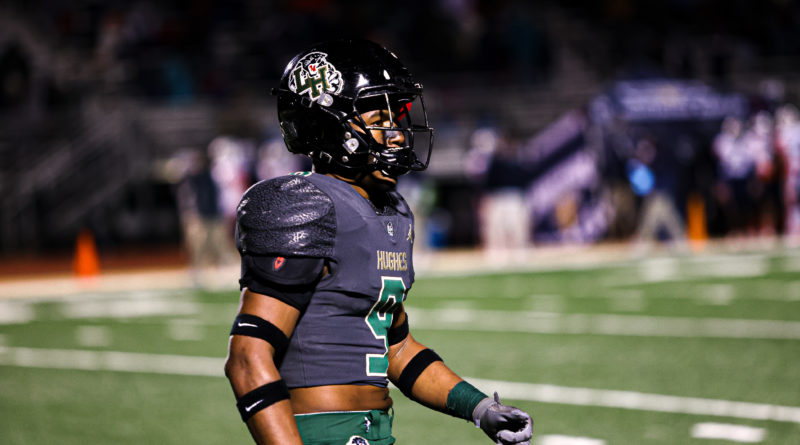 Thirty-two Georgia high school football teams are still alive in their quest for a state championship, and after Friday, 16 will be making travel plans to Georgia State’s Center Parc Stadium in downtown Atlanta.

But for one more Friday night in 2021, playoff games will be going on all over Georgia.

Prince Avenue, led by quarterback Aaron Philo, is one win from going to back-to-back state title games. With Philo under center, the Wolverines haven’t skipped a beat after losing Brock Vandagriff to UGA. Fellowship has a record of 44-5 in its last five seasons, but each year the Paladins have come short of their ultimate goal. This is their first time in that time span making it to the semifinals. Most would have thought this was just an off year for ELCA after the Chargers went 4-6 in the regular season. But the winners of four out of the last five A Private state titles have gotten hot in the playoffs. However, they get the pleasure of facing the most dominant private school in the state this season in Trinity Christian, which has looked flat-out unstoppable. The Lions are among the few teams in the state to score over 600 points, and they were below 100 points allowed before their 56-7 win last week over Darlington.

Brooks County has been scorching hot in the playoffs, averaging 54 points in three playoff games. The Trojans have playmakers throughout their offense, but none bigger than running back Omari Arnold, who has 2,071 yards on the season with 34 touchdowns. Metter had its first undefeated regular season in school history. This is the Tigers’ best chance at advancing to their first state title, while Brooks County already owns hardware in that category. Wilcox is back stringing together nine- and 10-win seasons under head coach Rob Stowe. The Patriots have improved each season under Stowe, and now he has them in the semifinals for the first time since 2010. Irwin County is on a nine-game win streak and playing some of its best football. In the past four years, Irwin County has either lost in the semifinals or won it all, so winning Friday will give the Indians a great chance at their third title in five years.

Swainsboro is riding a nine-game win streak, coming off a double-overtime thriller against Northeast (Macon). The Tigers find themselves in the semifinals for the first time against an opponent that holds a massive experience advantage. Fitzgerald has more deep playoff runs than Swainsboro, but those past teams won’t be on the field Friday. Callaway is the reigning 2A state champion, and this will be a rematch of last year’s third-round playoff matchup. This is a different Thomasville team, which went from 8-5 last year to 12-1 this season. The Bulldogs’ play on both sides of the ball has improved tremendously, especially the pass rush, as seen last week in their 49-24 victory over Rabun County, in which linebacker Ty Anderson and Co. held Gunner Stockton to a season-low 160 passing yards.

Cedar Grove is averaging 50 points per game in the playoffs. The Saints have rebounded well after a disappointing season last year after having won back-to-back titles. This is Appling County’s second time winning 12 games in a season (the last time was in 2011), but this is its first appearance in the state semifinals in school history. Carver has been steamrolling its opposition, averaging 52 points in three playoff games, but will now face the reigning 3A state champions in Pierce County. Pierce has a record of 48-5 in the last four seasons combined and hold the experience advantage over Carver.

Cedartown’s defense has been lights-out all season and a big reason the Bulldogs are 11-1, on an eight-game win streak and in the state semifinals. Cedartown has 42 sacks, led by Demarieo Sims with 15, Jai Barnes with nine and CJ Washington with seven. Carver’s offense, on the other hand, has been giving its opponent fits, especially with the way Devin Riles and Jaiden Credle have been playing. As a quarterback-running back tandem, they have put up 4,775 total yards and 45 touchdowns. After an 0-2 start, Benedictine has won 12 straight, and a win over North Oconee started the streak. North Oconee also got its losses out the way early, including an embarrassing 48-17 loss to Benedictine in which Justin Thomas ran for 214 yards and two touchdowns. Since then North Oconee has won nine straight. The Titans will have their hands full trying to stop Thomas and Holden Geriner, Benedictine’s four-star quarterback who is committed to Auburn.

The last two times Calhoun won 11-plus games, two state championship game appearances were the result, with one trip resulting in victory. The Yellow Jackets are hoping the trend continues with quarterback Christian Lewis and receiver Cole Speer leading the way. Blessed Trinity, behind the No. 1 junior running back in the nation in Justice Haynes, chose the perfect time to get hot. A big win over undefeated Woodward Academy and an impressive 49-7 win over Villa Rica has people forgetting those four losses. Creekside has won 11 games for the first time since 2013. A big reason for that is the Seminoles’ elite defense, especially the pass rush. They are second in the state and first among teams left in the playoffs in sacks with 67, which is almost three times Warner Robins’ total. Javeon Miller alone has 22. Warner Robins has the ability to drop back and sling it with Christon Lane, who has 2,289 passing yards and 29 touchdowns. But if Creekside’s defense doesn’t allow that, Warner Robins has JaFredrick Perry to hand the ball off to.

Dacula is another team that got hot at the right time. Despite four regular-season losses — three of them blowouts — the Falcons have won three straight playoff games including a 35-0 victory over Johns Creek last week. Their opponent, Langston Hughes, has one of the best defenses in the state. The Panthers have allowed only 97 points all season, and only one opponent has scored over 20. And their offense scores almost 40 points a game. Speaking of great defenses, Buford’s is probably the best in the state. The Wolves have allowed only 84 points in 13 games, including five shutouts and five games holding their opponents to single digits, which makes for a great matchup against Carrollton, which is averaging 42 points per game. But MJ Morris and Co. haven’t seen a defense like Buford’s.

Milton’s lone state title came in 2018, and this is the Eagles’ best chance to repeat. Their win last week against Mill Creek was special, and they look to maintain that same type of dominance at the line of scrimmage heading into this matchup. Walton had some games in the regular season that were cause for concern. In the Raiders’ three losses, they gave up 144 points. But since the playoffs started, Walton has clicked on all cylinders, including routs at Colquitt County and Brookwood. During the preseason, Grayson vs. Collins Hill is the rematch we all thought we’d get in the championship game, but the Rams had some regular-season bumps in the road. Collins Hill, on the other hand, has exceeded lofty expectations. Grayson is the underdog in this matchup — with Collins Hill being one of the best teams in the country — but don’t count out the defending champs.