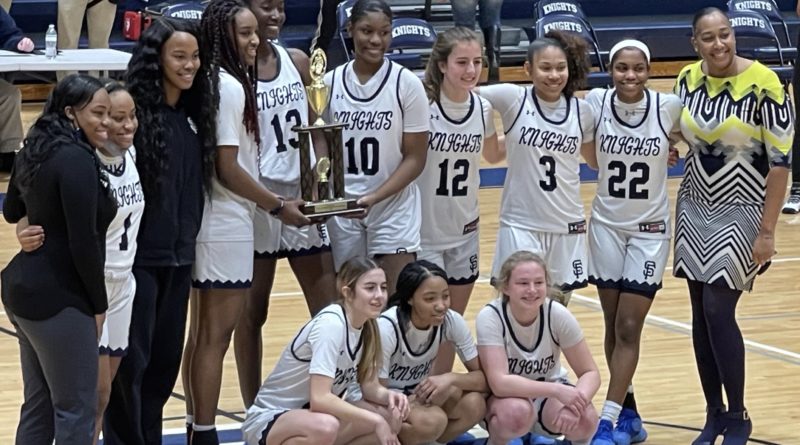 With Thanksgiving tournaments in the rearview mirror, we move on to a less tournament-heavy week of Georgia high school girls basketball.

This week’s slate has some big matchups between SBLive’s Georgia Top 25 teams.

TOP 7 GAMES TO WATCH THIS WEEK

After winning the 5A state championship last year, Woodward (3-1) is off to a solid start this season. The same can be said for Roswell (4-0), which is in its first year with head coach Alli Jones. By the time these teams face off, Roswell could be 6-0 and Woodward will likely be 4-1.

The defending 7A state champion Marietta (2-3) looks to turn things around as it hosts Grayson (4-1), another team aiming for a championship. The Blue Devils have struggled out of the gates and are currently on a two-game losing streak.

The defending state champion from Class A Private hosts last year’s runner-up from Class 3A. Hebron (4-0) has been on a tear so far this year, winning by over 36 points per game. GAC (4-1) has one blemish on its record, a 46-19 loss to No. 4 St. Francis.

Two talented teams that both call Augusta home will face off this weekend when Laney (0-1) hosts Cross Creek (2-0). The Wildcats want to avoid an 0-2 start to their season, but it won’t be easy with their next opponent being the defending 3A state champion.

Event organizers couldn’t have done much better for the only girls game in a day full of great boys matchups at the Tournament of Champions. Kell (3-0) and St. Francis (3-1) should put on a show for fans in attendance. The Class 6A Longhorns aren’t the only big-time opponent 1A Private’s St. Francis will take on this week.

Two of the most talented teams in the state face off in this Class A Private non-region game. Both teams are coming off a loss to an out-of-state opponent, as St. Francis (3-1) fell to Hoover (Alabama) and Mount Paran (4-1) came up short against Charlotte (Florida).