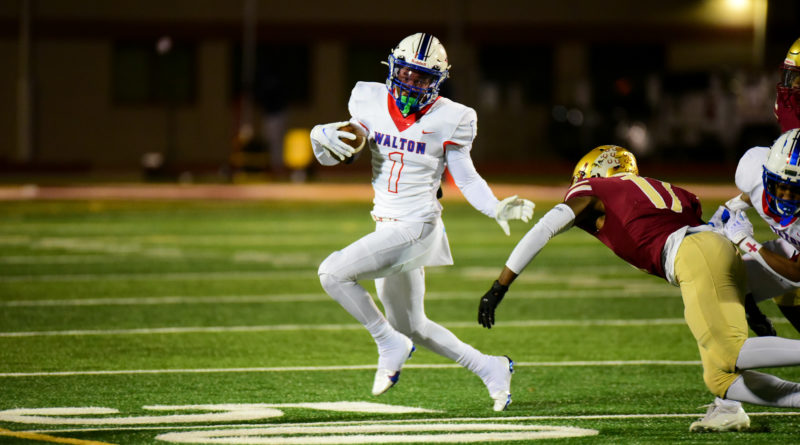 That pattern has been broken, as Walton clicked on all cylinders for the Raiders’ third straight road playoff game in a 52-35 win at Brookwood.

Walton quarterback Jeremy Hecklinski had a solid game, going 14-for-23 for 266 yards and four touchdowns along with a running score.

Alexander Diggs led Brookwood with four catches for 133 yards and two touchdowns, plus another 44 yards and a score on the ground.

Walton will try to make it four in a row Friday at Milton for a shot at the Class 7A state championship game.