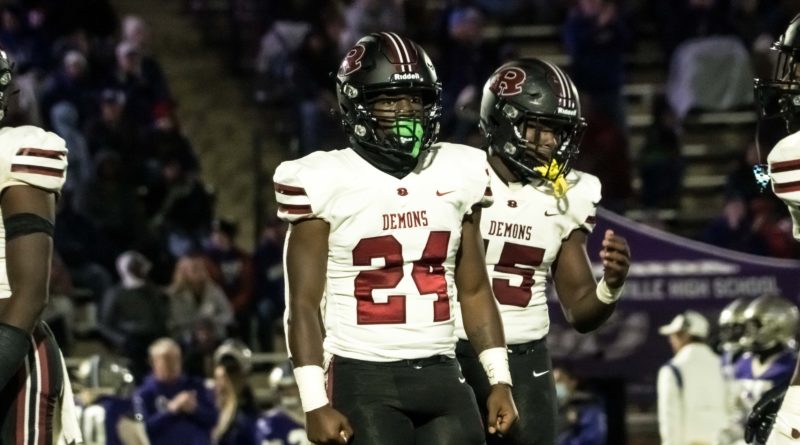 CARTERSVILLE, Ga. — It was a heavyweight bout of two top Class 5A teams and a rematch of the state championship last year, when Warner Robins dominated Cartersville 62-28.

The score would be tighter this time but the result remained the same, as Warner Robins beat Cartersville 24-17 to advance to a third-round game on Black Friday.

“This was a huge win for us,” Warner Robins coach Marquis Westbrook said. “Our intent is to play fast and hit people in the mouth, and that just didn’t happen. Credit goes to that team because this kind of second-round matchup is unprecedented.”

Warner Robins running back JaFredrick Perry led the Demons with 234 rushing yards and a touchdown.

“We started off slow,” Perry said. “I had a couple of fumbles, but my team had my back and we finished strong, got the win.”

Cartersville led most of the contest in front of its home crowd, and senior running back Amari White ran for two touchdowns — including an explosive 83-yarder to start the second half that put the Canes ahead.

The Demons tied it on a 44-yard pass from Christon Lane to Daveon Walker and took a 24-17 lead with Perry’s 2-yard touchdown run with a little over nine minutes left.

The Hurricanes drove down to the 1-yard line with just over a minute remaining, and the home crowd came alive sensing overtime.

But on the next three plays the Hurricanes would lose 1 yard and face a fourth-and-2.

After a pass interference penalty against Warner Robins bought Cartersville another try, the Warner Robins defense stuffed running back Malachi Jeffries at the line of scrimmage to effectively end the game.

“Our kids stood up when we needed to in that goal-line stand for us to win,” Westbrook said.

Warner Robins will move on to play Jones County next Friday night, and Walker is looking forward to playing a lot of football during the holiday break.

“We are going to practice hard all week, enjoy this win, and if we’re on our game, we are the best in the world,” he said. “Nobody can beat us.”

This marks the first loss of the season for the Hurricanes, ending their playoff run earlier than usual.

“It was a state championship kind of match,” coach Conor Foster said. “Two proud teams, two teams that have battled adversity, and we were going at it. Yeah, I would have loved to convert that play at the goal line, but I couldn’t be more proud of my team.”