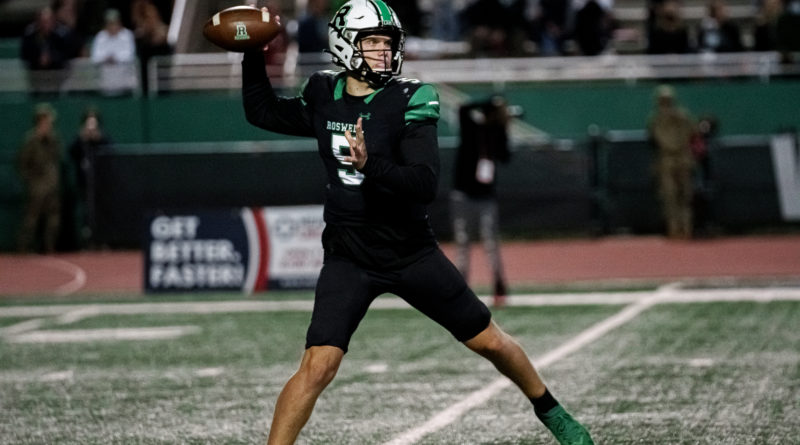 Upsets were the name of the game in Georgia high school football Friday night, with No. 2 North Cobb’s loss to Roswell reigning supreme.

HOW SBLIVE’S GEORGIA TOP 25 FARED IN ROUND 2

The No. 1 team in the state flexed its muscles and easily advanced to the quarterfinals and stayed undefeated on the season.

North Cobb gives up a season high in points in the upset of the night (on a night of many upsets).

Milton stays hot, winning its 10th straight and returning to the quarterfinals for the third time in four years.

Buford improves to 11-1 after routing Lovejoy and holding its 10th straight opponent under 20 points.

In a rematch of the 2020 Class 5A state championship game, Cartersville suffers its first loss of the season and earliest playoff exit since 2011.

Lee County holds off Cambridge in a high-intensity thriller that came down to the wire.

Warner Robins edges out Cartersville with two clutch touchdowns in the fourth quarter in a matchup that felt like a state championship game.

Mill Creek eclipses the half-century mark for the second time this season and is set to face Milton in the quarterfinals.

Langston Hughes captures its 10th straight victory and advances to the quarterfinals for the second straight year.

Brookwood closed a double-digit first-half deficit and held North Gwinnett scoreless in the second half.

Woodward Academy suffers its first loss and ends its season with an 11-1 record.

Westlake makes light work of top-seeded Kennesaw Mountain and finds itself in the quarterfinals facing Carrollton.

Rabun County scored 50-plus points for the seventh time this season in breezing by Jeff Davis behind Gunner Stockton’s seven touchdowns.

Creekside edged out St. Pius in a razor-tight game and is set to face Whitewater in the quarterfinals.

Jefferson came into the playoffs 9-1 and suffered the upset of the first round.

Benedictine breezes by Luella while scoring 49 or more points for the 10th straight game.

Trinity Christian remains undefeated while securing its 11th win of the season.

Roswell knocked off the No. 2 team and captured its first 10-win season since 2016, when the Hornets went to the state championship.

Grayson holds off a fourth-quarter surge from Denmark, and is now set to face Roswell in the quarterfinals.

Thomasville routs Heard County for its seventh win in a row and will face Rabun County in the quarterfinals.