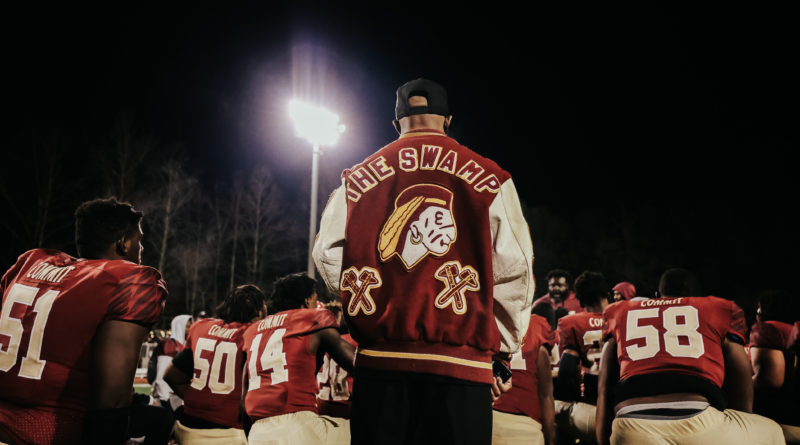 FAIRBURN, Ga — Coffee looked to advance past the first round for the eighth straight year, but Creekside had other plans Friday night, taking down the Trojans in a methodical 28-18 home victory.

Creekside’s offense was led by quarterback Nyqua Lett, who finished with three touchdowns passes and over 200 total yards.

“I’m glad y’all got to see what I see every day in practice,” Creekside head coach Maurice Dixon said after the game. “Nyqua Lett is a special football player, and we are going to go as far as he takes us.”

The two teams entered Friday’s matchup feeling good about their chances to advance to the second round, as Coffee had been 4-0 on the road and Creekside 4-0 at home.

Creekside rode the momentum of its home crowd early and raced to a 21-0 lead in the first quarter. Lett had two passing touchdowns, one for 60 yards and another for 10, and he used his legs to keep drives alive.

Creekside’s defense smothered Coffee’s offense early, but just when it seemed the game was getting out of hand, the Trojans started to heat up.

After four straight Creekside penalties on a kickoff, the Trojans got the ball in great field position and capitalized with three points. The next possession, Creekside muffed a punt on its own 5-yard line and Coffee capitalized with a 5-yard touchdown run by Brady Skipper.

Creekside went into the half with a 21-10 lead, but the momentum was in Coffee’s favor.

Defense was the theme of the third quarter, and Coffee wasted the field-position advantage with two long missed field-goal attempts.

To start the fourth quarter, Coffee quarterback Justin Swords — who had done most of his damage with his legs — fired a rocket down the field to Matthew Adams for a 50-yard gain to the Creekside 3-yard line.

Skipper finished the job with his second rushing touchdown, and an Adams reception for two made it 21-18.

With five minutes left in the game, it was up to Creekside’s offense to run out the remainder of the clock, but Lett helped the Seminoles do more than that. He got them out of some big third- and fourth-down spots and then topped it off with a 30-yard strike to Lorenzo York for the dagger.

Coffee head coach Robby Pruitt said his team was dealing with injuries to some key players, and he loved to see his team battle back from an early deficit.

“We are used to going further than this, but this team has faced more adversity than any team I’ve had with injuries,” he said. “Our best running back, an all-state safety, one of our best linemen, two of our best defensive linemen and one of our receivers had been lost to injury. Now don’t get me wrong, we lost to a really good team, with a lot of talent. As a coach, you are proud of your guys in different ways. I hate that we lost, but this team has been unbelievably fun to coach. It has definitely been rewarding.”

Dixon spoke highly of Coffee’s coaching staff and players, and even more highly about the home atmosphere Creekside fans create at “the Swamp.”

The Seminoles will lose their home-field advantage in Round 2, traveling to face St. Pius X Catholic.