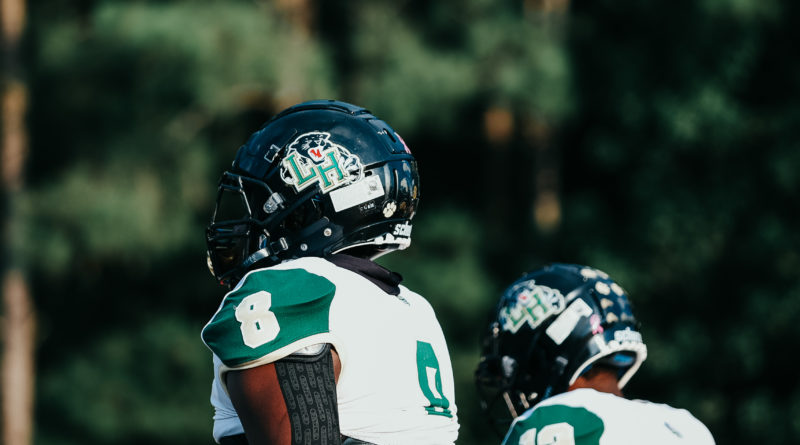 Lots of top teams had the final week of the regular season off, but a couple of highlights were a nervy North Cobb win over North Paulding and a hard-fought Woodward Academy win over Creekside.

And after already clinching a region title last week, Langston Hughes scored a season-high 72 points before starting its playoff run next week.

Collins Hill finished its regular season undefeated after beating Mill Creek 40-10 and had a bye this week.

The now-nationally-ranked Warriors finished the year undefeated in region play, but their regular-season finale wasn’t easy.

Milton ended its season with a record of 9-1 and six straight games of scoring 40 or more points.

Cartersville had a bye week.

Lee County had a bye week.

Ware County’s dominant win gave them a 9-1 record to finish the season and a region title.

Warner Robins goes into the playoffs with a dominant victory, ending the season 9-1 with its fifth game scoring 50 or more points.

Mill Creek rebounded after suffering its first loss last week, and ended the season with a record of 9-1, its best in five years.

Creekside had to settle for second place in its region after a hard-fought loss at Woodward Academy.

Langston Hughes scored a season high in points and finished back-to-back years with a record of 9-1.

Lowndes had a bye week.

Brookwood’s sixth straight win earned an 8-2 record and its first region title since 2017.

Walton fell to 6-3 on the season, and in all three losses the Raiders gave up 40-plus points.

Colquitt County had a bye week.

Westlake finished the season with a record of 8-2 and on a four-game win streak.

Rabun County had a bye week.

Jefferson rebounded from its first loss with the Dragons’ fifth game scoring over 40 points.

Benedictine had a bye week.

Trinity Christian sealed its first undefeated regular season since 2010, while scoring 50-plus for the eighth time this season.

Rome’s win gives the Wolves an overall record of 8-2, but they share a 6-1 region record with Carrollton and South Paulding.

Roswell scored its season high in points and finishes with a record of 8-2.

Woodward Academy gets a huge win over Creekside to gain a region title while finishing the season undefeated.

Grayson had a bye week.

Thomasville had a bye week.