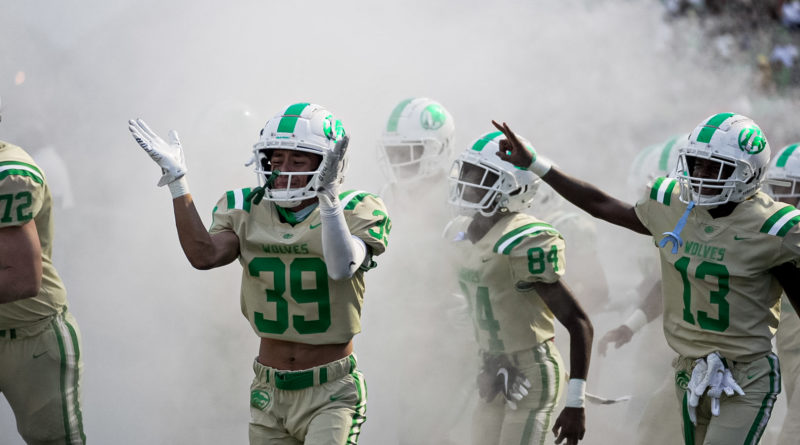 A recent rule change made the upcoming reclassification process in Georgia much more interesting.

Before the last reclassification in 2020, the Georgia High School Association enacted a multiplier for out-of-area students at private and city schools. When counting enrollment, each of these students would account for two instead of one.

In October, after pleas from public school representatives, the GHSA approved an increase in the multiplier from two to three, and on Tuesday, the association released its new classifications for the next two school years — from fall 2022 to spring 2024. Sure enough, some dramatic changes were revealed.

City schools Buford, Carrollton and Valdosta will step up from 6A to the state’s highest classification of 7A.

Joining them in the move are St. Pius and Woodward Academy, which will make the jump from 5A. The northeast Atlanta private schools’ listed enrollment numbers in 2021 were both just under 1,100 students, much lower than the other 7A schools’ typical size of 2,300 to 3,800 students.

Although the public school is not affected by the multiplier, Wheeler will move back up to 7A after a two-year stint in 6A.

A few North Fulton public schools — Alpharetta, Milton and Roswell — will move down a classification from 7A to 6A, along with other prominent public schools across the state such as Hillgrove, North Forsyth and Tift County. Atlanta-area Catholic schools Blessed Trinity (5A) and Marist (4A) will rise to 6A.

Class 5A will see the addition of multiple schools, some moving up and others coming down. Cambridge and Kell are among the most prominent to drop down from 6A to 5A, while Jefferson (previously 4A) and Greater Atlanta Christian (3A) will climb up.

Cartersville is jumping up to 6A from 5A.

Classes 4A and lower, the smaller schools in the state, saw the fewest changes.

Westminster (3A) and Lovett (2A), two historic Atlanta private schools, will move up to 4A. Class 3A’s Thomson and Rockmart will drop down to 2A, while Thomasville will make the jump from 2A to 3A.

No schools will be leaving Class A Private for a higher classification, but Pace Academy will join the group from 2A.

Schools wishing to compete in a higher classification have the chance to submit an appeal, which will be heard by the reclassification committee on Nov. 10. Following the appeals process, the GHSA will finalize the new classifications — and with them, new regions — for the next two years.