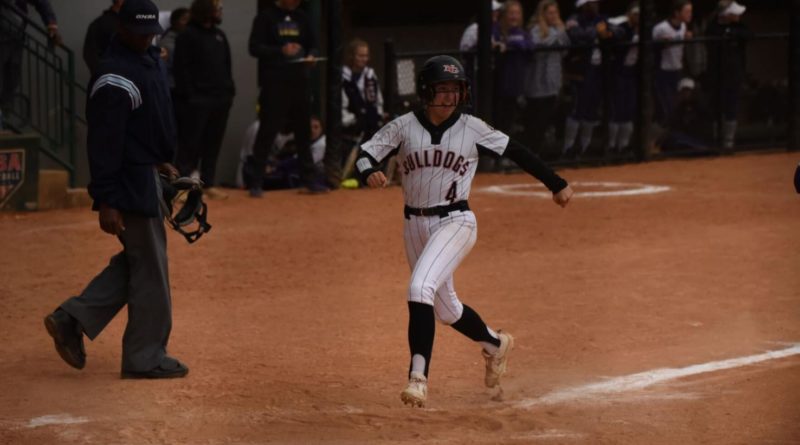 The first of the Georgia High School Association’s fall sports seasons came to an end over the weekend with the State Softball Championships at the South Commons Softball Complex in Columbus, Georgia.

There were plenty of storylines throughout the GHSA’s eight classifications.

Perhaps most notable was the end of Gordon Lee’s five-year reign as Class A (Public) state champs, and a six-year run of titles including the 2015 2A championship, with Academy of Classical Education Charter School in Macon upending the North Georgia powerhouse 7-0 in the championship round.

An era also ended in the state’s largest classification, as East Coweta, which had won three of the previous four state titles in Class 7A, was dethroned by North Gwinnett in a rematch of the 2020 championship round.

The Bulldogs (30-5-1) jumped on the Indians twice with four-run first innings on Championship Saturday.

First, they got back-to-back solo home runs by juniors Amber Reed and Bella Faw and a two-run blast by Jaylyn Benson to roll to an 8-0 win in the winners bracket final.

Then, after East Coweta earned its way back into the championship round, another four-run first, keyed by senior Marisa Miller’s three-run homer, paved the way for a 7-2 win that gave North Gwinnett its second title, matching the feat from the 2016 Bulldogs.

Reed (24-0-1) was a force, earning all four of North Gwinnett’s tournament wins, allowing just the two runs in the title game, and hitting .733 for the weekend.

Another Gwinnett County power returned to prominence with Wesleyan’s state title in Class A (Private).

The Wolves (27-5) appeared to have a sweep of the weekend wrapped up after taking a 3-0 lead after two innings during the opening game championship round against George Walton Academy.

But the Bulldogs, who had dropped a 4-0 game to Wesleyan in the winners bracket final of the double-elimination tournament earlier in the day, rallied for four runs in the fifth to force an if-necessary game for the title with a 6-4 win.

But an early run on Marjee Williams’ RBI groundout in the third gave Wesleyan the lead, and RBI hits from Williams and Christina McCoy added insurance in the sixth.

That was all Ryley Kutter needed, as the sophomore right-hander threw a one-hit shutout with 13 strikeouts for a 3-0 win, and the Wolves’ third title in the past five seasons, and the first since 2018. Kutter allowed just four hits and struck out 26 hitters in 14 innings of work Saturday.

• Heard County and Lassiter became repeat champions by downing Vidalia in 2A and River Ridge in 6A, respectively

• Starr’s Mill and Appling County became first-time champions with wins over Northside-Columbus and Sonoraville in 5A and 3A, respectively.