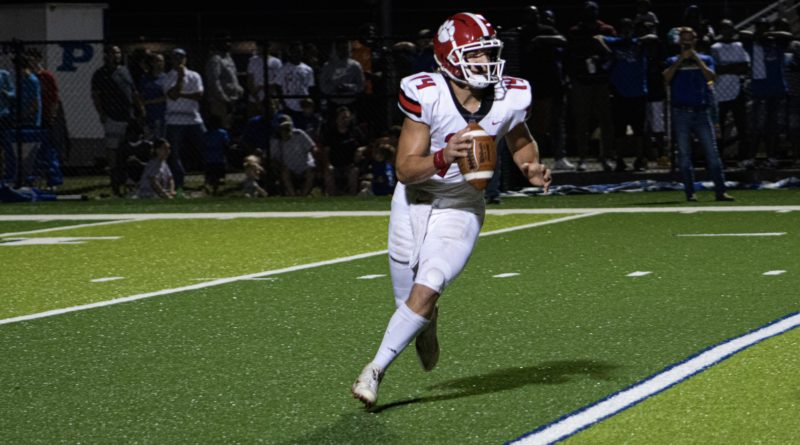 Heading into last night’s Region 8-2A matchup at Union County, Stockton was tied with former Cartersville star Trevor Lawrence with 161 career passing touchdowns in Georgia. Now the record stands at 166 and counting for Stockton.

“Breaking records is nice, and to be tied with Trevor Lawrence is something I am very proud of,” Stockton said. “But we want to win a state title. That’s the only thing that really matters to me. To win a state title with this group of guys would be better than any record.”

With a 56-14 win over Union County, Rabun County earned its eighth consecutive region championship. The Wildcats are 9-1 and 4-0 in the region and have positioned themselves for one last chance to win a state championship with Stockton steering one of the most explosive offenses in the state.

Stockton threw for 237 yards and five touchdowns, all in the first half, with the record-breaking throw coming late in the first quarter on a 1-yard shuffle pass to tight end Tate Ramey, giving the Wildcats a 21-0 lead over the Panthers.

Among his 166 career touchdowns through the air, Stockton has 44 this season, along with nine rushing scores.

He took down Deshaun Watson’s state record for total career TDs earlier this season, getting his 219th against Grovetown. Just a few weeks later, he’s up to 232.

“My teammates and coaches are why I am able to do the things I do,” Stockton said. “Without them, none of this would be possible.”

Rabun County’s Lang Windham rushed for four touchdowns, all in the first half.

With the playoffs quickly approaching and holding a 49-7 halftime lead, the starters didn’t take the field in the second half as the running clock kicked in.

With a bye week next week, the playoffs are up next for the Wildcats.